Home to the wildest breeds of flora, Ninraih's entangled jungles cover southeastern Khy'eras. Ajteire, city of the Fae, is situated in the middle. Here, an overwhelming amount of magic and unexplained phenomenon has materialized. Read more...
Post Reply
5 posts • Page 1 of 1 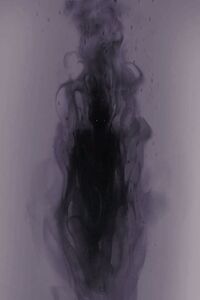 How many ways must someone look at the world before they realize it was dank, dark and insufferable. The misery that befell Bezalel time and time again was something he felt only he had witnessed. Never truly knowing his mother, never knowing his father and never ever having a physical form to grasp anything of note, he was stuck with the shambling moronic shadows and demons he could summon. Due to his magical affinity, years alive and just overall competence they were many in number. There were only a few sentient entities he could gather that made it worthwhile to talk to, everyone else seemingly shunned him, wrote him off or were simply too horrified by his presence. Shimmering dark wings that somehow managed to stay gossamer even without a physical form flapped gently, carrying his lithe yet tall form throughout the trees. His eyes perched below to the vast jungle of Ninraih. Why had he come back here, there were plenty of other places that he could be but, he somehow always managed to find himself back home on occasion. Maybe this was just one of those times were his heritage called him back to his birthplace.

He perched above a tree, not being able to truly touch it, he paused looking down below. His gaunt white eyeholes staring out overall. Woeful nostalgia sang out to him at that moment. His life was truly boring, having spent most of it gathering magical knowledge and growing his power and abilities in hopes of one day raising his aura enough to gain physical form, Bezalel wished he had another mind, some kind of friend, or maybe even someone smarter than the idiots he summoned on occasion to talk to.
Word count: 288
Top 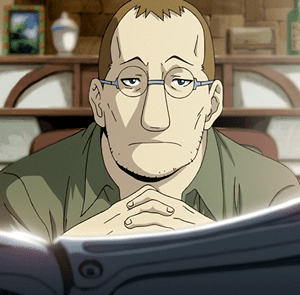 There had been talk of a creature lurking the outskirts of Ajteire. It was taller than any man could fathom, rivaling the great trees of old. And despite it's grim disposition, it would never harm any passerbys; citizens were just too creeped out to proceed any further. Word spread of the local guard gathering any and all mercenaries to form a kill squad and pursue the beast - however, before any of them could get the opportunity? Edward would make his move.

Deep within his study, Edward would pace himself back and forth with excitement. "Evidence would suggest we're dealing with an Elemental yet why can't I shake the feeling that there's more to it than that? If were just a simple shadow beast as described by the locals, why would it refuse to attack any travelers? A kind shadow beast? In this day and age? Cut me a break with that."

The local guardsmen were just a tiny droplet within the wave of the ignorance masses. Expecting them to understand the complexities of a creature with that much depth was about the same as expecting a tavern wench to do anything but suggest they order the shake extra thick; it simply wasn't possible. Knowing this, Edward planned ahead of time and secured himself a route to the location in question. If he pulled it off properly, the wizard may even escape with a living wealth of magical information.

He had to secure their well being at all costs.

The night sky sparkled as the stars illuminated the world below; a soft, gentle warmth hugging the flesh of anyone outside. The coolness of the air seemed to brush Edward's skin as he made his way through the infamous forestation that made Ninraih what it was. As he'd come across a small split in the road not often noticed by a random bystander, he immediately pivoted and took the path toward a clearing. From it, the moon's beauty beamed down upon a small pond, creating a view that no one could use words to properly describe. Following the few short moments of taking in the view and ensuring he'd the plan to do the job, Edward headed north toward the center.

"Psssst. Shadow Elemental, are you present? I'm unsure if this is the right location so I may sound incredibly silly doing this - however, I'm doing this for your safety". He kept his voice at a loud whisper, not wanting anyone further back to hear while ensuring that anyone within the vicinity could make him out just fine. "There is a team of mercenaries coming for your head in the next few minutes. I can offer you safe passage and home to hide in - however, you must ensure me that you'll answer any questions I have when we get back. If you can do that for me? Reveal yourself and show me you exist".

He wasn't sure if the emotional route would take but hey-- you miss 100% of the shots you don't take.

Bezalel incorporeal ears perked up at the sounds of a whisper. Had someone come just to speak with him? His excitement perked, yet, keeping his wits about himself and treating business, as usual, he slowly floated down. Seemingly floating into few inches above the ground those without keen eyes would take him as walking but the ground couldn't really hold him, now could it? He stared the peculiar male up and down watching his every movement. Bezalel wasn't worried, he had spent many lifetimes studying magic. Stealing it from insufferable mortals who knew not of what they played with. Honing his arsenal to the fullest and still to this day he practiced and studied. Even if this band of merry men was coming he would have them all. Maybe he'd treat this fellow to a show for being nice enough to warn him.

"Thank you kind sir" His voice sounded like a hollow wind down a hallway, smooth metal sliding across marble and hundreds, no, thousands of voices all jumbled into one.

His form was barely visible in the nighttime, moonlight shone down to aid Edward yet it still wouldn't help. Whisps of shadow smoke rose and if he looked careful he could swear that each "step" carried tar-like sludge that followed him. Appendages barely sticking from it and with the wind behind Bezalel howling something fierce one could see how a normal mortal would be scared.

"Do you wish for a show kind, sir? Since you were so gracious as to come and warn me, and seem so curious as to my being. I can show you first hand a number of my abilities. That is if you don't mind a little violence in demonstrations." To anyone else, that invitation would be one of worry and with his uncanny entrance, most would run screaming.
Word count: 305
Top

How one could find radiance and beauty in shadow was beyond most. Yet, for Edward Sterling, this was no harder than breathing. The Moon's Light shone upon the form as it hovered down from the tree to stand before him. What sounded like one-thousand voices all spoke at once in unison as they addressed him with grace; this caused his heart to stop. How brilliant, how magnificent was this creature? A form cloaked in a thick smoke shined brighter than any beauty on Ajteire's Top 5. Edward couldn't stop looking, he was awe-struck. He wanted to ask a million questions and get one millions answers but he had come for a reason. And it was that very reason that he would snap out of his trance and return to earth once more.

"H-Huh, oh, yes, yes". He wasn't quite sure what he'd agreed to - regardless, he knew whatever it was would inspire him. Oh how much he would play when they escaped from here. Who created him? How did he feed? Was he capable of killing? If so, how much did he kill? He intended to find all that out and more with their time together; he just hoped the elemental wouldn't get bored with their constant discussions. "After that we can be on our way".

Just as Edward said, they came. Marching down the hills and through the trees to the clearing. They found him, their snouts turning up in a sneer as they came closer. Etching forward with malice at the shadow elemental who they thought of as the devil.

He was right, they knew not of him or what they did. He had no intention to explain himself, yet he would give them one warning.

"Leave, or you shall die. Eternally." Bezalel stayed floating above the ground, and like many arrogant mortals, they would not heed his warning.

Yet instead, they met his warning with a boisterous speech, one about bravery and how he was evil and needed to be extinguished. Oh, how he wanted to die, yet they wouldn't be able to do it. His own arrogance preventing him from rolling over to just anyone. If they were truly going to be his end they'd need to wine and dine him so to speak. Being of some morals and sound mind he would let them continue, his ephemeral arms crossed behind his back. As they finished they stood weapons pointed as they warned Edward to move from the monster or perish alongside it.

A few moments passed and silence befell the small clearing. Suddenly they charged, magical powered weapons in tow. Soon their steps begin to slow as they sink. Edward would find himself 'captured' floating in a ball of shimmering light as he hung high above the ground keeping him safe and watching from a rather nice vantage point. Below him, the screams of ignorant mortals rung out. Their forms sunk deep into a black sludge that only seemed to grow in size. Hands blackened by the sludge reached up, the groaning of the infernal beasts and horrifying monsters rung out. Beings that resembled beast, snarled at the invaders, human appendages faces racked with tentacles and opening maws which expanded as they began to swallow them whole. It only took seconds, what followed was a disaster, the beast engorged expanded rapidly as each mortal was taken in and in an instant, an explosion. One of great magnitude shook the land, blowing back trees and rocking the dome of light that held Edward.

After it was all said and done a large crater dug itself deep into the earth. Leaving behind nothing but a trace of pushed back dirt a hole and a deep pit of what looked to be tar within that hole.

"Sad isn't it. Everything they ingest makes them explode, leaving behind nothing but a bottomless tar pit. I haven't traversed it but I think it may lead to their realm. Small little portals like this lay all over, ones that I've summoned in self-defense. I wouldn't suggest going through it though, no one knows where you would end up." Bezalel looked down at Edward as the ball floated and rested upon the ground clear away from any dangerous substances.

It popped sparkles of floating light bounced around, sparkling like beams of hope.

"I'm just beginning to learn about the light within my soul." He turned away from Edward, the somber tone played out through the thousands of voices.