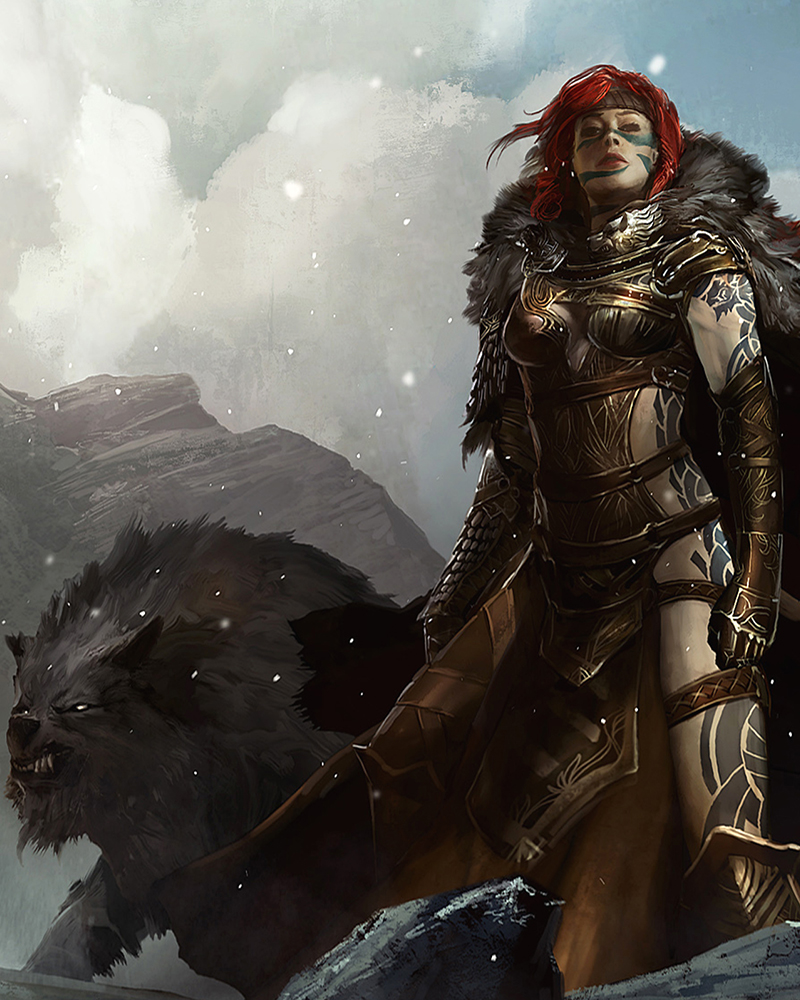 It is no great surprise that Barbarians hailed from Domrhask. During the "election" period in which a new citizen is chosen to become The Sword, the Dwarves contested against a gauntlet and their own kin to prove who is the best. They determined that the most efficient way through the gauntlet was not to hone skills, but to muscle through the obstruction with sheer force and rage. Not ever considering the increased death toll as a result, this idea of brutishness became a combat staple for Dwarves and soon enough, remaining races as well.

As far as tactics and methodologies, the Barbarians have no real practices to call their own. They rely on vigor, intuition, and chance, often putting themselves into a fury to elevate frenzied emotions. It also helps that they can wield large, impressive weapons, usually two-handed lethal blades or axes.