Rumor has it that the Irtuen Reaches, land of ominous mountains and constant snowfall, is the place to find Khy'era's craziest and strongest denizens. Those that grow up here are subjected to harsh situations and folk are willing to do what they can to survive, whether it is by honing one's skills, stealing, or even murder. Suffice to say, the "roads" and passes through Slyscera Mountains, which border a substantial portion of the Irtuen Reaches, are plagued by bandits. If one makes it through the mountains, they can find shelter in the scattered forests or distant city of Domrhask.

However, the cold of the reaches make dealing with vagabonds seem like a walk in the park. While at times the snow slows or even stops, it frequently falls from the sky in thick flakes paired with numbing winds. There is no question that a person needs to dress very warmly while preparing to navigate through the Irtuen Reaches.

When passing through the region of Irtuen Reaches, even a tiny bit of knowledge on the area should assist a person as they step foot onto the land. After all, unfamiliarity with one's whereabouts may prove troublesome. 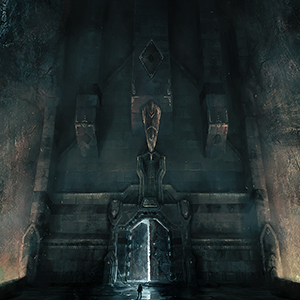 Domrhask, Khy'eras' northernmost city situated in the snow-filled Irtuen Reaches, was established by the ancient Irenohl, a race of stone golems. As they built the city, Bhelest took notice of the previously hidden Domrhask and its ample amount of resources that could be used during the war effort. Bhelest's army journeyed to Domrhask and imprisoned the Irenohl and their city. Once Bhelest was defeated, the army deserted the city and the golems transformed into Dwarves who currently run Domrhask. The Dwarves are more self-aware than Irenohl; they remembered their enslavement and do not easily invite adventurers inside the city or approve of magic in its various forms. Despite any unfavorable welcomes a visitor might face, Domrhask, with its eight towers that circle the city, is a remarkable sight. Read more...

Vast lake located in Irtuen Reaches, nestled against the eastern side of Slyscera Mountains.

Central river that runs through and branches off into various zones in Khy'eras.

Mountain chain that extends from the northern to southeastern tips of Khy'eras. Especially in Irtuen Reaches, the mountains are treacherous and rarely traveled.