Tviyr was the first boundary to be created when Fellsgard was freed from Bhelest. There is a diverse magnitude of adventurers that trek through this countryside. Decorated with grassland, coastline, forest, and jungle, it's quite the vision. Read more...
Post Reply
1 post • Page 1 of 1 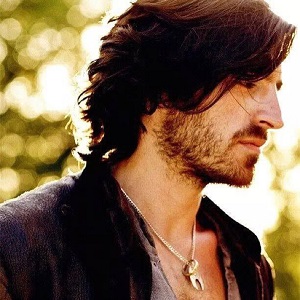 Gailen moved a bit closer to the fire, stretching out his hands, more for comfort than for warmth. Mouse was also standing closer and closer to the fire, ears turning this way and that as his skin twitched every few seconds.
"Stop it. You are putting me on edge with your twitching." Gailen told him. Mouse snorted at him, but he still stood closer to Gailen. The knight had to admit, he wasn't sitting closer to the fire because he was cold. This area of the Ordinuad always ran a shiver through his spine. He never stops here. Unfortunately, this time, this place was his destination. As he had passed through Verdant Row, he had heard talk of a dark creature that hailed from here and which carried away the occasional villager. He was soon approached by some villagers, giving him a small bag of coins to get rid of this monster. The money did not hurt, but he felt compelled to help them nonetheless. So here he was, on the semi-solid ground on a bend of the Serpent Kin, wonderfully on edge with no idea of what it was he was hunting.

A twig snapped a little ways to their right. Both Gailen and Mouse's heads snapped up at this. Another shiver ran through the horse and his nostrils flared. Gailen drew Bianca from her scabbard as he peered into the darkness. He really wished he hadn't finished his flask of ale before he made camp. He needed the confidence now, as he did not fancy fighting whatever or whoever it was that was moving through the trees in their direction at night. Gailen slowly got to his feet, scanning the area around him, wishing for the first time that he was Kerasoka so that he could see in the dark.