Feeling new and lost in the woods? Stop by and post a topic introducing yourself! How did you get to Khy'eras? What's your favorite song, movie, food, drink, etc.? How long have you been roleplaying? Write as little or as much as you want.
Post Reply
6 posts • Page 1 of 1 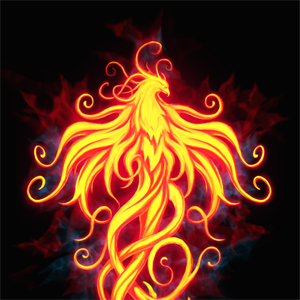 Heyo! I've already introduced myself (kinda) on discord, so I thought I could do so here as well. Nooo, it has nothing to do with me wanting badly to list ten random things about myself, nope. >> <<; Anyway, I've been RPing for about 11 or so years now. I've started out on forum RP not too unlike Khy'eras and I just stuck to that type moving onwards. I tend to be slow when posting, but I hopefully make up for it with good writing and memorable characters. When it comes to word-count I tend to go in-step with the person I'm writing with - if they make 300 words, I'm likely to return about that much and if I get 2K it's likely I'll give back at least one and a half. Oddly enough it's not a conscious effort. xD

But at any rate, enough with the non-listed information! Here we go! 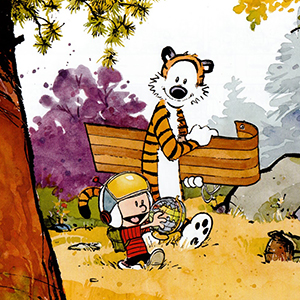 Hey, Illyrianna! Welcome to the site!

You sound a bit like me - front end developer/coder for a living, real name is Adria (people have called me Andrea), coffee enthusiast, and I also enjoy a good game of old fashion Tetris on the NIntendo.

I just started reading the first book in the Dresden Files (per recommendation from @Agaliarept). Almost finished, but it's been pretty fun!

Now for your location, I'm going to guess... Australia or New Zealand?!
Top

More programmers! It's another fun niche this board seems to be amassing in secret - and out of curiosity, which of your languages is your favourite, and which is your most abhorred? (inb4 Assembly)

Ooh, I'll play the guess-your-country game, assuming you're comfortable answering my 20 Questions approach.... To start with, does your country usually have snowfall in winter?

Ahh, obscure indie games - dare I even ask how large your Steam backlog is? I've actually played Banished, but never Civ. It was a great management game I go back to now and then! May I ask why D3 doesn't count as hack-n-slash? I've played a good slew of the genre including D2, D3, and some but not nearly enough of Median, and I always like learning the different things people enjoy in games. And to be clear, I can absolutely understand why someone wouldn't like D3. I had fun playing it, but I don't think I'd put it anywhere near my favourites.
Top

Awww yis! You're in for a treat with Dresden Files, Memoria. The first book isn't even the best. I think it's the second one - Fool Moon, where things start gathering steam and you really get those emotional punches to the gut. Ish neeeeeever stops hitting the fan for poor boy Dresden. XD

Edit: I love Morgan. He's such an ass. XD

As for Australia and New Zealand, that'll be nope and nope! xD

When it comes to programming languages, it's kinda hard to pick a favorite. Python is good if you have an idea and you want to try it now, and you don't care about speed/efficiency. C++ is like a swiss army knife, but managing classes and pointers can be a nightmare. Especially when you start including vectors. x.x Java I've found is my fav when it comes to making games/applications. Assembly is... okay, as long as you're not trying anything too complex and as long as you're okay with spaghetti programming. XD As for my most hated language, that (dis)honor definitely goes to Haskell, and functional programming in general. Just no. Please, no. I'm good at recursion, but that's a stretch even for me.

Also, yea fire away with the 20 questions! Yes, my country usually(unless it's a super wonky year or something) gets snowfall in winter. It doesn't get too crazy like having snowbanks above your head but there's a foot or two of snow to trudge through. Can't remember if we've ever closed our schools due to snowfall. Probably not.

As for obscure games... yeaaaaa I don't really use steam all that much. I have a few games there but yeah... xD Banished is pretty good. I think I ran into another game like it but I can't remember now what it was. Civ is great as well, though I never have the patience to finish a game. As soon as I explore the map I'm like K I'm done. Another good game that is Civ-like would be Thea the Awakening. Though, I wouldn't really say that Banished and Civ/Thea sit in the same type of games. They're all city/country management but Banished is more like Zeus: Master of Olympus or Pharaoh. More city-building and less butting heads with other nations. xD

As for Diablo 3. Yeaaaa I do count it as a hack-n-slash. I just don't count it as a (good?) Diablo game. >>; It went away from its roots a little too far. It boggles the mind why they'd mess with a classic like that.

I don't think I've ever tried Median XL.... Imma have to add it to my list.
Top 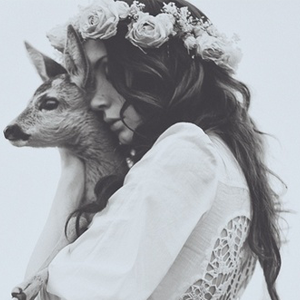 I'm a little late! But hello Illy, thanks for taking the time to write out your introduction. I had fun reading everyone's reply in here. I might be a bit of a cheat since you've given a few hints regarding things that apply and don't apply to where you live. But I'm probably going to be so wrong anyways. But my guess is Japan!

I've tried coding to a degree, but my progress with it has always been really slow and I found if I took a bit of a break from it then all the information just seemed to warp from my mind. So, you and anyone else who can do any kind of coding will always be incredible to me because goodness it is a lot of work. Surprisingly, I'm not into much books. I've never liked reading growing up, or rather I always found that finding a book I was actually interested in was like searching for a needle in a haystack. Oh, I just remembered! I did like reading the Warrior Cats series, until my actual cat peed on all 20 of my books...that was like...painful years of my work allowance just GONE, FOREVER. Never really got back into it after that. xD

Your brutality sounds sweet to me, I laughed when I read your response being like 'who do I murder, and/or let me get my shovel'. I mentioned in my introduction that I don't swear in real life, but I don't have a problem with others swearing. So please don't worry at least for me.

I actually forgot to add Thea: The Awakening in my game list. I went and edited that in! But before I ramble too much! I will end this with saying welcome to the site and I look forward to seeing more of you as time goes on! <3
Top

No, it's not Japan. Japan is waaay off to the east of me(or west, depending on how you look at it).

As for coding, don't beat yourself up over it. I've practically grown up with it so it's no wonder I take to it like fish does to water. And despite that, I too forget things. God knows how many times I had to look up how to do a "hello, world" program. There seems to be a false presumption about us - that we magically know things, when in reality we're just good at finding what we're looking for. Still, I'll be honest, it feels good to be the closest thing to a wizard this world can offer.

I feel you on books as well. xD I only read stuff if it's been repeatedly recommended to me and even then it's a hit or miss. For example, I've read the Name of the Wind by Patrick Rothfuss and my god did it meander. Wonderful writing, but just not my cup of tea.

I've never read the Warrior Cats series, though I've heard about it here and there. Speaking of which, your cat is a mighty vocal critic. Either that, or s/he was very jealous. xD

As for my brutality... yeaaaa I've been told that I'm sweet as pie, even though I like to think of myself as a badass. xD You seem to be something of an opposite to me when it comes to swearing - I do so often. It doesn't help that my native language offers a lot of room for creativity in that regard.

Thea: The Awakening is a blast, though I haven't played it in a while. I'll borrow someone else's description of it: it's like the starting portion of a Civ game - discovering tiles, resources and dodging and/or fighting roaming bandits. It's also deeply steeped in slavic lore and gorgeous imho.
Top
Post Reply
6 posts • Page 1 of 1