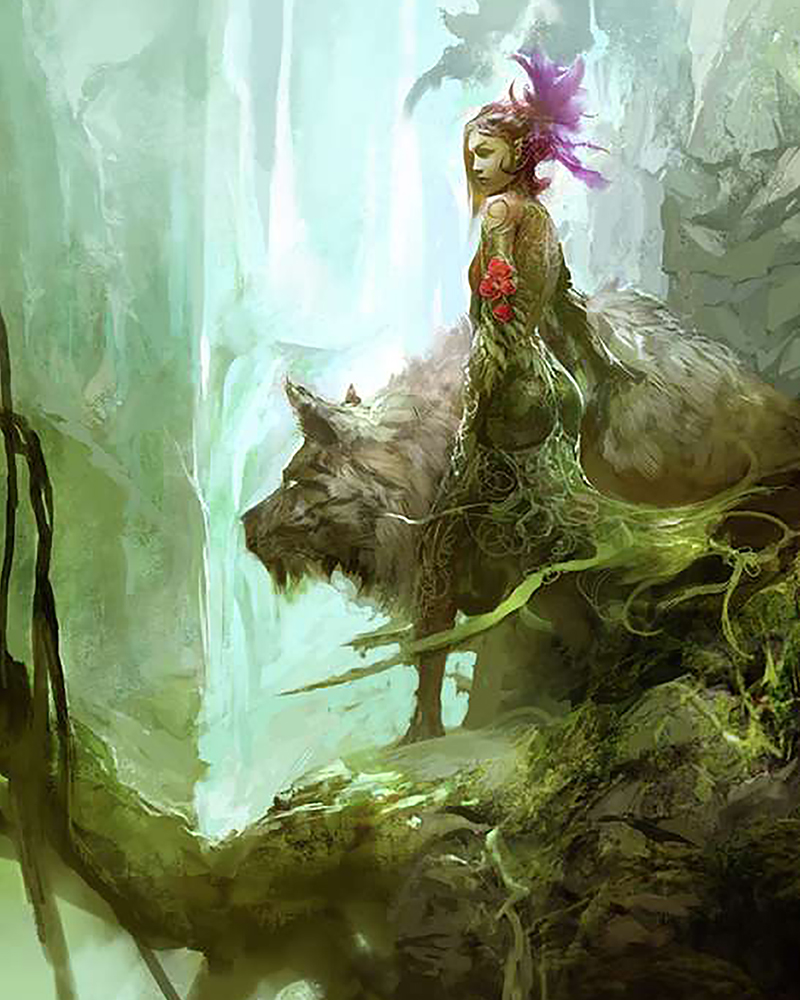 Perhaps the most in tune with nature, Druids surfaced during the war to protect the earth that was being ravaged with Bhelest's conquest. As blood spilled on soil, undead beings haunted the land, and flora and fauna were discarded as trivial and disposable, the Druids took up arms, mainly with formidable, ancient magic, and protected the realm the best they could. After the war had ended, their plight continued to restore what was ruined. It is rumored that Druids had a great impact in making sure that land was livable again. Their creed is to not let Khy'eras fall into wasteland, much like how it was birthed.

As Druids have abilities that permit them to transform into animal physique, they are confused with Shapeshifters. A Shapeshifter's transformation is natural to their body, while a Druid's is fueled by Transfiguration spells. Druids do not keep their forms as long, but they consider this a minor hindrance. In contrast, they are better communicators and protectors of animals, understanding fauna languages as if their own tongue. In fact, they almost always have a loyal animal companion which assists them in battle, adventuring, and miscellaneous tasks.

Their magic usage is drawn from and inspired by the forces of the earth. They are partial to spells that conjure quakes, whirlwinds, and natural disaster elements. But, on the opposite spectrum, they know how to will plants to grow faster and be more robust, to produce live-saving herbs and remedies that may be needed in a quick pinch.