In the heart of Ninraih's jungles, the Fae created the city of Ajteire, protected from the undead by the magic of fireflies and a pact with the Kerasoka. The complex network of trees, vines, and plants helps to keep unwanted visitors out. Read more...
Post Reply
81 posts 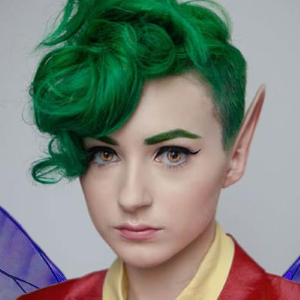 Re: The Sweetest Things Take Time

"Perhaps we enjoy the food and I give you a touch of essence to greet the dawn?" Harroc offered, kissing at Colle's neck, cheek, and lips in quick succession. "It would not do for you to fall asleep inside me." He gave them another quick squeeze and then rose from the bed before turning and offering a hand. "Come, wash with me and you can indulge in enjoying my body more before we eat."

Clambering off the bed with the aid of Harroc’s hand, Colle followed behind the shifter languidly. "If you ever think I’ve fallen asleep in you, please know it’s far more likely I passed out from pleasure," they said, leaning against the doorframe of the bathroom. "I’m not going to turn down some of your essence - I should have just licked you clean." They gestured to Harroc’s abdomen.

"If you'd like, I can fill you directly in a moment," he purred, reaching out a hand to stroke along their wing's edge.

"A tempting offer," Colle replied, closing their eyes and leaning into Harroc's touch. "You'll probably have to hold me up - though I suspect that's one of your favorite things to do anyway." They gestured to the shower. "Turn it on so we can wait for it to warm."

Harroc reached out and turned on the water. Shifting his fingers about lazily, he grinned. "I do like how you feel trembling and impaled upon me," he rumbled. "Perhaps I can fill you enough that you slip from consciousness with pleasure."

Standing straight, Colle reached upward for a moment and arched back. "You’re certainly welcome to try," they replied, a cheeky grin spreading across their face. They bent forward to round their back and stretch their legs. "Damnit. I used to be able to put my hands flat on the floor." Red-faced, they started to stand up.

Harroc’s long arms wrapped around Colle's waist, lifting them up only to unceremoniously spin them and plant them against his chest. As soon as their skin was in range, Harroc began to bite and kiss aggressively, rumbling and lowering them down bodily.

[  To view this content, you must log in.  ]
"I believe you have a magic you will not admit, my Honey," he said through a broad grin as he stepped into the pouring water. A shiver went through him as he held out a hand for Colle to join him.

They took his hand, using it to curl his arm around them as they came close to his warm body. "Mm, more a skill born from a lot of practice," Colle said, relaxing under the streams of water. Though they felt every drop's impact, the glide of water down their body was soothing. "Do you want me to wash your hair?"

"Mmhm, I want your warmth around me," he said with the unfocused pleasure of afterglow. "If you think you are ready to accept the challenge, then please work your magic."

Colle snorted. "I thought that was our plan for after showering and food." They found the shampoo and poured a generous dollop into their hand. "Lift me? Or you can sit," they added.

Harroc openly weighed the options, clearly torn on his decision before he found the stool from before and sat down. "I want to lift you, but I also want to save my strength for later," he explained, sounding a touch remorseful. "If I was not worried for how you reduce me to quivering in pleasure, I would feel more confident to carry you."

"I think I’m kind of proud of that," Colle said with a grin as they began to work the shampoo into Harroc’s hair. Untangling a few strands that caught on a rough patch, they massaged his scalp. Their nails gently scraped against his skin as they lathered his hair. Harroc shivered and pressed lightly into their fingers as his shoulders visibly relaxed.

"I have never had this luxury, your fingers are far better than a cold waterfall and rough branches," he murmured as another shiver went through him.

"I could see that being nice as a change of pace, but as a rule, no," they commented. Their hands guided Harroc’s head to tilt back a bit as they began to rinse the suds away. Harroc leaned back, swaying slightly as he continued to enjoy Colle's ministrations.

Soon, his desire to return the pleasure he was feeling overcame his ability to remain still and he moved his own hands to his hair to speed up the process. "As nice as this is, I am growing impatient and want to continue feeling you."

Colle shrugged and untangled their fingers from Harroc’s hair. "If you want. I’ll get the soap for you to wash - your hair should be rinsed out well enough." They picked up the shampoo bottle and poured some into their hand before beginning to work it into their own hair.

Harroc grinned, leaning in for a quick kiss before collecting soap and starting to industriously wash himself. "Should we eat first, Honey? I think I will not want to leave the bed once we again lay down," he said as he finished rinsing himself.

"Probably," agreed Colle. They held out a hand for the soap. "We can make a plate of snacks to set beside the bed as well for later." Considering what food was left in the kitchen, their face took on a thoughtful expression. Harroc passed off the soap, leaning in to steal another kiss as he watched them openly.

"Do you want me to start something, or continue to enjoy your enticing figure here?" he asked, letting his eyes roam to their wings and then lower.

Colle chuckled. "You can stay here and dry off. Let me help you with your hair though - it's thick and it wants to curl in on itself. Don't want to hurt it." They ducked under the water to rinse off. Harroc reached out and ran his hands along them, helping ensure the water rinsed their skin completely and taking liberal squeezes and caresses as his fee.

"I have never paid much heed to my hair, it simply is there. I trim it when it becomes too entangled, but otherwise pay it little mind," he said, reaching a hand up to run through the thick locks. "Do you enjoy touching it? I like having your fingers there."

Turning to shut off the water, Colle paused to consider. "Your hair feels very different from mine - it’s interesting to touch, so yes, I like it." They looked around for a towel. Harroc shook himself mightily, sending water everywhere as he disposed of large portions of water. Then he too looked for a towel, taking the opportunity to follow up closely behind Colle and press his hips into their back.

Colle sighed, an affectionate but exasperated expression on their face. "Towel first next time please. I hate having to wipe the walls, the sink, the - everything," they gestured with one hand. Spotting the wayward towel below its hook, they picked it up and began drying off their skin.
Word count: 1191
Top
Post Reply
81 posts