Not all adventures will take occur in charted cities or the main land. Neighboring Khy'eras are islands and mist-filled oceans begging to be explored, should a person be brave enough.
Post Reply
14 posts 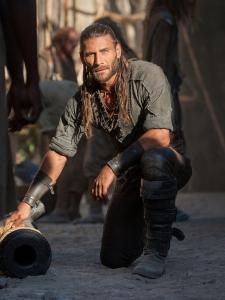 Finn and Derrick both looked at her when she finally answered with her first shot of dignity for the day. The two men looked back at one another, eyebrows raised, before they both burst out laughing.
"Oh dear!" Derrick wheezed. "We can actually make this work to our advantage." he finally managed.
"Aye." Finn laughed.
"Draft us a nice letter, would you? We can send it via land once we hit Verdant." Derrick said before getting up. He then did a faux bow at Selene. Ma'am." he said before walking out the cabin.

When the door closed, Finn looked at Selene.
"Will you take a damn seat now? Or do I really have to throw you in the brig?" he asked her, sitting down again. She may hate him all the way back to Tviyr, but he really did choose the safer option for her. She would have been torn to shreds with her courtier and protector dead. He may be the most feared scourge of the known seas, but he had lines. He would not allow his men to lay a hand on her. He may have threatened her with Derrick, but his Quartermaster was one person he could trust to not harm her. If he had to throw her into the brig, he would either put Derrick or Frank on guard in front of it. He would trust his men on this ship to hell and back. But with an unarmed woman? Never. Cirice was one thing - that she-elf would sooner gut them all than not.
"I'd rather give you back in one piece to your papa." he told her, picking up his quill and starting to scribble some ransom words. "Now tell me, what is your father's company worth? Would he pay what I ask of him for you?" he asked.
He then looked at her.
"If I pour you a drink, are you going to throw my glass at me again?" he then asked her. He could not very well let her shrivel up and die from thirst or hunger on the voyage back. It would be a shame for such a pretty, feisty thing to wither away. 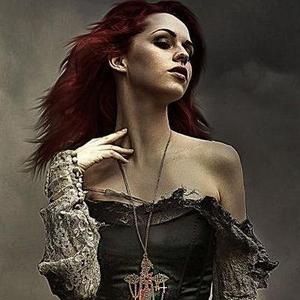 Oh how that hue of scarlet colored her cheeks again, though this time it wasn't some misguided affliction brought on by a sudden, unwelcomed closeness. No, the color that tainted Selene's cheeks now was frustrated mortification. Honestly, who did these pirates think they were? Though...the answer lay within the question in this case, unfortunately. Her arms folded tightly against herself beneath her bust and she scowled darkly at the pair of men, and continued to do as such even after one of the two of them left again. Honestly, could this trip get any worse than it already was? Probably...

When she was spoken to, her glower went from the door the one man had disappeared through, to the man who had spoken to her, and kidnapped her, and everything else that had made this day take a serious dive. And now he wanted her to sit and be civil?

There was a tremble to her legs that spoke up for her; the adrenaline was starting to crash. So while her glower didn't lessen any, she did at least cross the distance and take a seat. Surprisingly, or perhaps not so much so, this didn't ease the way her legs felt any. "No," she did speak up, about the drink. At the moment, the very last thing she wanted was for her guard to be lowered, or her thinking tampered with. She was not a lady with a strong alcohol tolerance.

"As for my father," she continued after a moment, and shook her head just once. "I don't know much about the company worth," which wasn't exactly the truth. She did not know the details, or exact numbers, but she certainly knew the company was worth it's weight for sure. "As for what he would pay you for my return?" Selene's shoulders shrugged. "I couldn't say. I've never been held for ransom before." That was at least very much true. This had never happened before, so she honestly didn't know how her father would react to this sort of thing. If he would pay, or if he would retaliate, it was most certainly new waters - no pun intended.

Finn put down the quill and leaned back in his chair, interlacing his fingers over his stomach after she spoke. He cocked his head to the side as he looked at her in silence for a while.
"You don't get it, do you lady?" he asked after length. He exhaled through his nose. "I am saving your damn live and keeping your dignity intact. Hate me for what I am all you want, but Derrick and I are the only ones standing between you and those animals on the deck." he then explained.

He leaned forward, sliding a clean parchment and quill towards her. "You were a complication we did not foresee. If I can't turn this hunt into a profit somehow, they'll either gut or maroon me and Derrick and then they'll have their way with you. Believe me, you going to wish you had taken this option then. Or that you were dead. So at least try and be civil, as I am trying to make the best of a very shit situation for us both. So why don't you write to Daddy then?" he went on, motioning to the parchment.

He leaned back in his chair again, his fingers propping his chin up.
"As long as you are in this cabin, you are safe. Allow me a sense of control and you can even be safe on deck while we travel back to Fellsgard." he finally said, his blue eyes looking at her pensively. He then got up, taking the two whiskey glasses back to the cupboard they have been thrown from. He then poured himself some of the golden alcohol.
"Last offer - can I pour you one?" he asked her, glancing over his shoulder slightly as he did so.

Honestly, what did this pirate want from her? Selene had just spelled everything out for him in plain words; she hadn't been speaking a foreign tongue that she could recall...But rather than say this, she sighed very slowly through her nose, lips pressed into a thin line, and eyes still narrowed as she stared across the table space between herself and this pirate.

"It is admittedly difficult to be grateful to a person who had not only taken you hostage, but wishes to ransom you as well." Sel point out to him, though this time her tone was not hostile. It was softer, quieter. Its not as if she wasn't thankful to be kept away from the rest of the crew after all, but that didn't mean she was going to drop to her knees in her gratitude at any given moment either.

She did however take the parchment and the quill when it was slid to her. For only a short time she looked over the blank sheet, and then she shifted the quill to her left hand and leaned to begin penning a letter as she was told. At least she was capable of following instructions when she wasn't being bullied to do so.

By the time this reaches you, what remains of the crew will probably have reached port with the ship - without Patrik and I. The ship was seized by pirates looking for goods we had not yet claimed, and Patrik was killed in his attempt to keep me safe. And now I am seated within the Captain's quarters, penning you this letter. Apparently there is a demand of payment for my safe return to you, and the fee is high. I was not given a number to inform you of, but I was asked what the company's worth is, which in turn tells me that my return will not come cheaply. As of this moment, I am safe - frustrated, but safe, though I don't know how long that will last. I also have no idea what else I am supposed to say to you in this letter, so I will leave enough space for the pirate to make his mark.

Once she was finished, Sel pushed the parchment away from her a bit, set the quill down, and leaned back against the support of her seat. "I think perhaps a drink is in order..." she was a lightweight for sure, but right now? Perhaps a little belligerence was in her best interest.