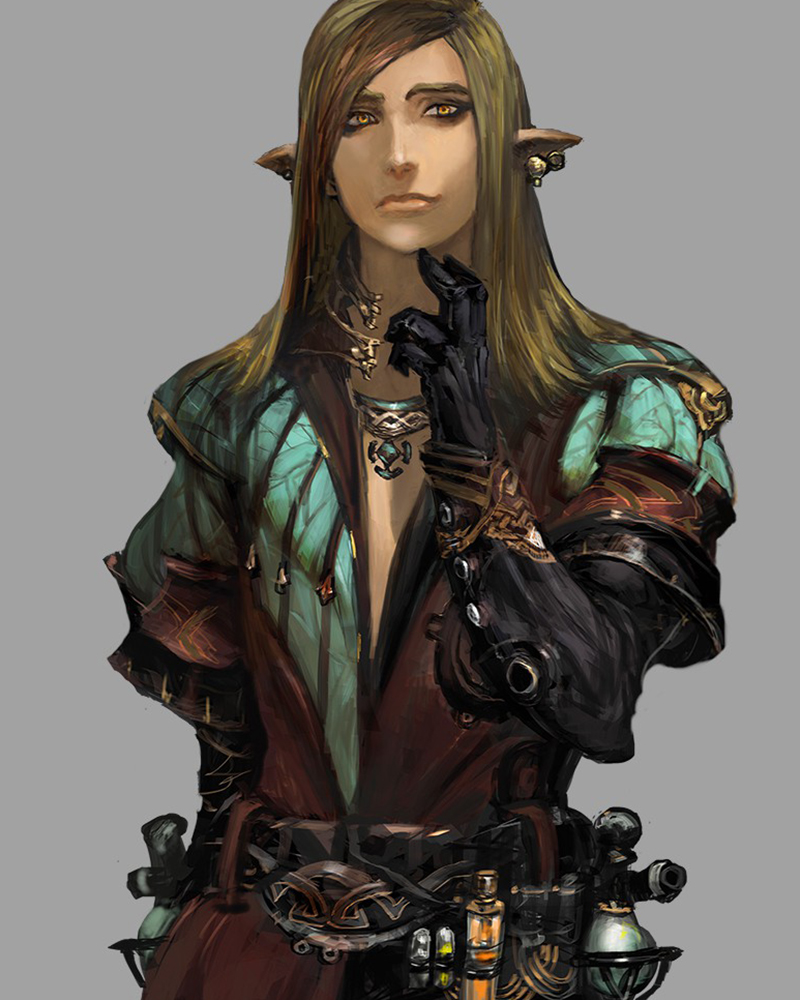 Favored Weapons:
Simple swords or daggers, bows, and most importantly, bombs
Favored Armor:
Light with standard shields/bucklers
Magic Aptitude:
Does not use spells, but can store and experiment with any type of magic
Stat Modifiers:
2 HP, 2 MP

The concept of alchemy came into existence because people requested service from adventurers and wanted results that magic would give them, but did not want to rely on hiring a body that practiced magic. A stubborn person might choose death over receiving healing magic from a Cleric, but having an Alchemist around that is handy with potion making negates this fear. Alchemists have a fondness for science and experimentation and they use these fine-tuned skills to create explosive bombs, potions, and charms.

When an Alchemist travels, they are ever watchful of unfamiliar, foreign materials (such as herbs and strange liquids) that they might dump into their next, big project. Alchemists have been known to combine captured magic with science for impressive results. This class, as you might imagine, prefers adventuring with magic users. An Alchemist - as a whole - is not a spell caster, but attempts to store and harness magic to create potions or bombs that feel magical and have similar effects. It is hypothesized that the mage who fought alongside Cecilia and contained Ristgir's magic for the final battle was not just a mage, but an Alchemist as well.