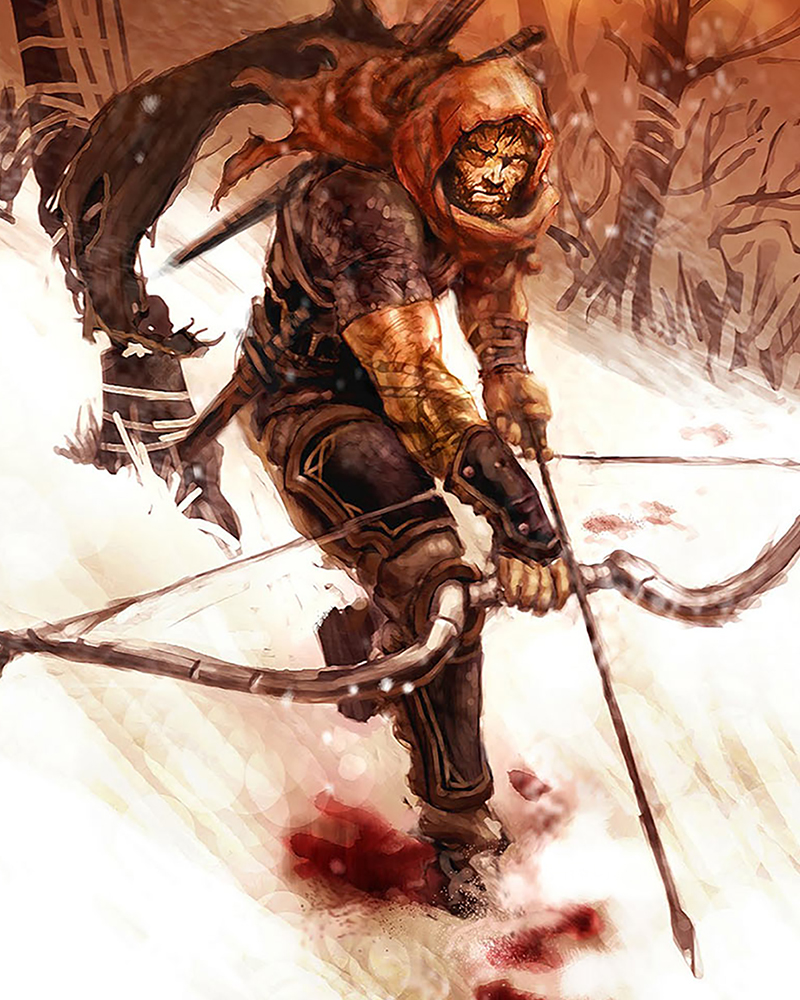 In the very early stages of Khy'eras' development, as people stepped onto the land and began to explore, they realized that the outside could be a dangerous place. Unfortunately, these people also needed to learn to survive and to provide themselves with proper nourishment, but some were just not fitted for the task. A hunter, known as the "Ranger", was created as a provider for the family; an individual who would bring home food such as deer, rabbit, and small game. Rangers live for the thrill of the hunt, studying terrain and prey. Their competence in hunting, tracking, and scouting has been paramount to adventurers. Rangers have furthered their skill set by expanding their targets from basic animals to more impressive beasts and wanted felons. When a fatal mark needs to be made, people call on Rangers for the job, as contrary to Barbarians or Fighters, they know the best places - the most vulnerable places - to strike.

While Rangers are perfectly capable at handling all manner of daggers and swords, they are expert sharpshooters with bows, aiming and successfully hitting a target from miles away. Their understanding of favored terrains is beneficial as well, as they use their surroundings like camouflage and smother the sounds of footfall before a prey even knows the predator is about.