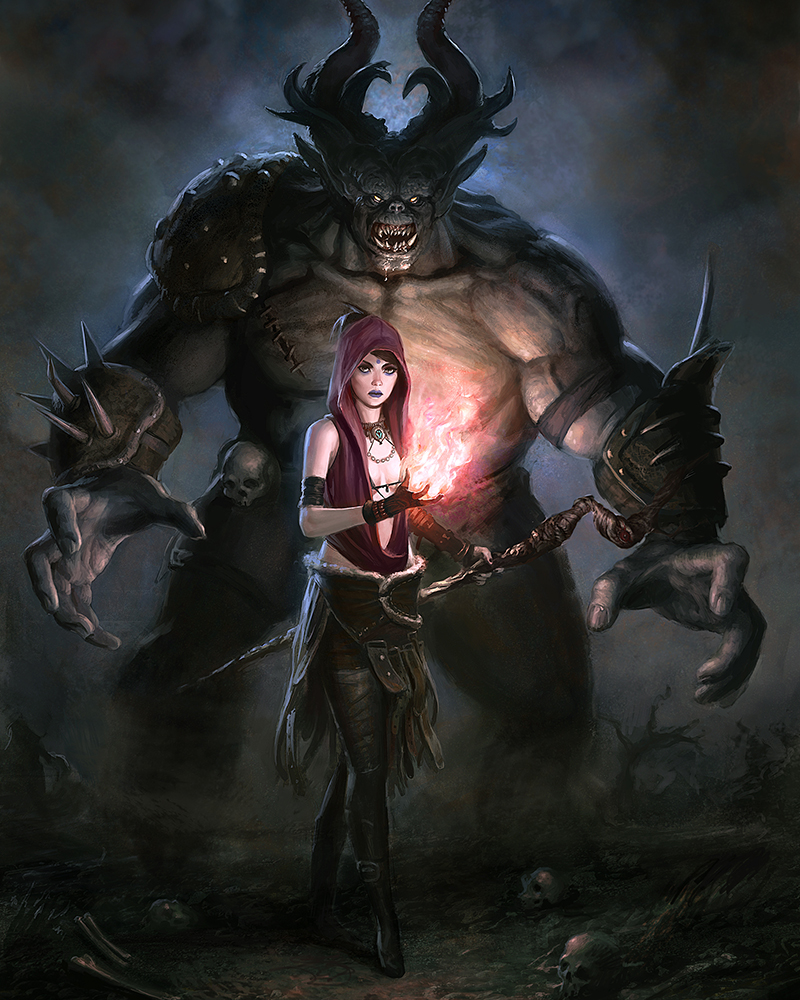 Upon first meeting a Summoner, a person might believe the magic user to be involved in Necromancy or dark arts. It is true that a Summoner's magic involves calling forth spiritual animal presences and that is definitely where the class got its roots, but that is not entirely representative of how the class functions. When Bhelest tore the veil between the living and undead world, certain people testing their hand at magic recognized that they could ask (or command) the ghosts of animals and beasts to combat for them. This pact was how summoning magic was introduced, but the class has learned to call forth living or illusion-based wildlife. After all, not everything needs to die to serve a purpose.

There is, unfortunately, a minuscule arrogant lot among the Summoners; a select handful can summon creatures that resemble lesser Eidolons or Elementals, thus they believe their magic comes from a greater omnipresence - perhaps the exiled gods themselves. This has not been proven though and since the number who can do this are limited, hardly any are concerned over a bit of bragging rights. A Summoner's magic may seem very narrow, but they can indeed study spells that complement their innate skill set should they wish to.