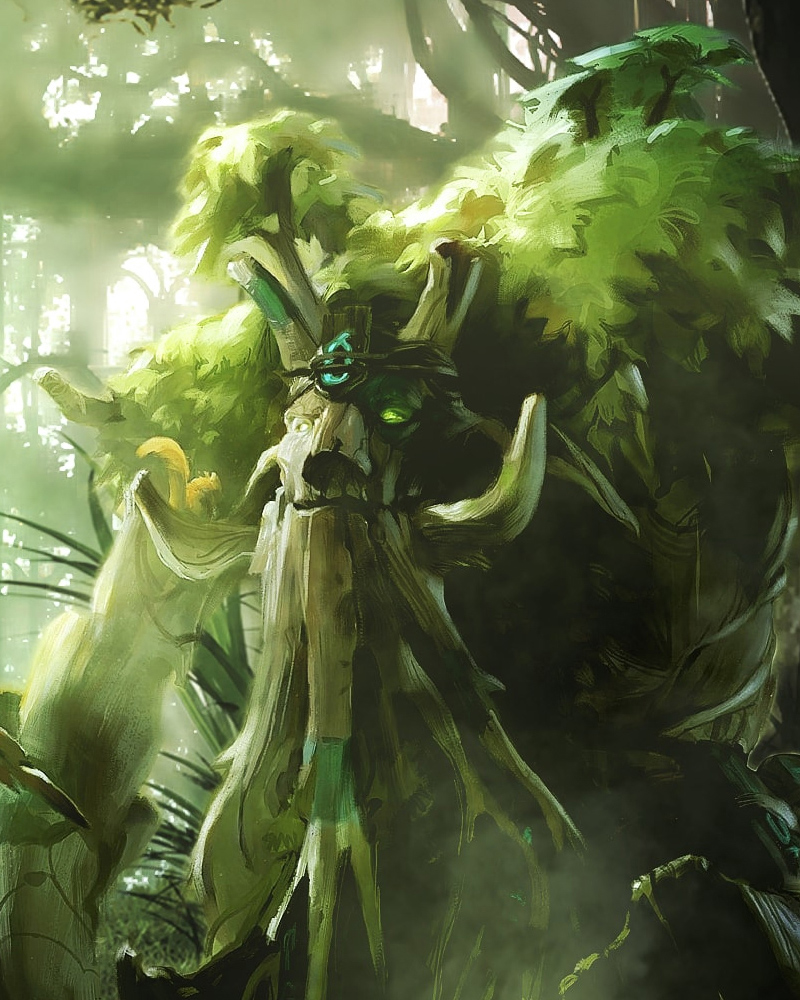 Complexion:
Varies, but usually dependent on element
Hair:
Made of their element, so waves of water, flickering strands of fire, etc.
Eyes:
A white pupil with iris colors matched to element
Height:
Men: 6'2 to 16'8 feet, Women: 6'8 to 22'0 feet
Weight:
Cannot measure energy
Other:
The above features represent Elementals in their Force form, where their Aura form appears Human. (More on this in the "Forms" section below.) The race may also be genderless - neither male or female - where features would be a combination of both sexes.

Strengths:
With a defined Aura, it is not complicated for an Elemental to grasp and wield weapons. If Force is more stable, an Elemental will concentrate on manipulating magic as their primary weapon.
Weaknesses:
Collectively, Elementals are standoffish and egotistical giving them unmanageable confidence. They feel they are invincible and this drop in their guard is a frequent downfall. Force is susceptible to opposite magic; ice or water might hurt a fire-based Elemental and vice versa.
Magical Aptitude:
There is no questioning an Elemental's magical competence as they are conceived from the essence. Stability in magic is usually calculated by a connection with a chosen energy, though there are certain Elementals that are flexible and do not stick to a sole magical influence.

Elementals are beings forged from two links: one that is enchanted dubbed as "Force" and another to the physical world referred to as "Aura". It is commonplace that Elementals have heavier ratios of magical talents in comparison to Aura, but there have been occasions where the scales are tipped or the two parts of this racial recipe are equally balanced.

To those who have viewed an Elemental's Force form, that person would likely describe it as "artistic". The body is crafted of a chosen magic; one attached to ice might be made of frigid, crystalline shards or another connected to earth could be displayed with leaves and tree bark. Force is routinely focused on a single magical essence (constructed through Primal, Luminosity, or Shadow magic), but there are recorded cases of Elementals who have fluently switched between multiple energies - even fire and ice, two very adverse channels.

Additionally, an Elemental's height is determined by their link with Force and therefore, they can be very tall. It is worth noting that the feminine gender for an Elemental is typically greater and though no one truly knows why, it is speculated that females have deeper connections with magic.

On the alternative side, an Elemental with an enduring Aura has a firmer grasp on tactical things and can smoothly shape their form to look Human. Elementals take to this form when traveling as it is simple to purchase goods and obtain information when people don't think you're a self-absorbed being of magic. A half-breed Aura does not appear Human (unless one parent is indeed Human). For example, the child of a Lumeacia and Elemental would physically appear as a Lumeacia.

As the most modern race on Khy'eras to materialize (077 AoN after Bhelest was killed), there are speculations about where Elementals came from. As with various anomalies, these fantastic and almost unbelievable entities filtered out of Ninraih and have since built a lasting emergence in Khy'eras. Numerous folk claim that the Elementals are just another race that Bhelest covertly created during his rise in domination. This seems to make sense considering their character and biological composition. However, a substantial population of the Elementals believe that they are descended from the Eidolons - as their images are comparable - and that like the fallen Gods of Khy'eras, they permeated from the ruins of war and death to restore the realm. Unfortunately, this notion has made a majority of Elementals haughty as they believe their undocumented ancestry should be respected by all.

Whatever the case, the reason for Elementals and their lingering presences on Khy'eras has yet to be explained. And as such, there are many truths left unanswered.

Although Elementals can wander about in Force forms, it is difficult for a majority of Khy'eras denizens to approach and converse with the race when in this form. For one, the mere fact that they radiate magic means they produce fear and misunderstanding, especially in cities such as Domrhask and Fellsgard. Then again, countless Elementals project pretentious impressions and this does not help to gain acceptance within communities.

On the opposite spectrum, select folk do admit that Elementals are quite beautiful and alluring with all of their mystic energy. It's not just about presence though. Elementals can be excellent teachers when it comes to understanding magic as they connect with natural, primal surges on levels that others cannot. The race can be a wealth of knowledge when properly befriended and welcomed.

}
Elementals may be conceived by procreational sex, but they are not birthed by traditional means. A female carries for up to five months and the child spawns from her as a tiny essence of magic.

}
After birth, an Elemental radiates as energy for up to three years before developing any sort of Aura. Those with lesser evolved connections to Force exit this stage earlier.

}
Development of Aura, tactile abilities, and social and learning skills.

}
Aura deteriorates through graying/whitening of hair, wrinkling of skin, feeble muscle structure, etc. Force does not necessarily age, but magical physiques will fade and dim in appearance.

}
The body has reached its limits and expires. Regardless of how an Elemental lived its life, all kin turn back into magic and return to an ethereal, invisible flow enveloping Khy'eras.