A Town Without Apples (Open) [Completed]

Whether anything in Fellsgard is simple depends more on everyone else's point of view rather than your own.

Fellsgard is the foundation of Khy'eras' history and through reconstruction, it is now a vibrant and lively city. People reside here due to mild climate, opportunities, and safety and stability. Adventures often start from Fellsgard. Read more...
Post Reply
33 posts

Arnim nodded as Vanessa shared her knowledge and experience with him. "Really, I had no idea bards took liberties with their stories. I assumed all stories were at least mostly true. Thank you for the insight."

As he turned from the couple he felt a sense of joy knowing courtship wasn't a lost art. The other students were busy pretending they weren't watching the exchange. However, the paladin had been around for more than a century and a half. So to him at least it was obvious.

He caught a pair of female students attempting to hide the candles each held. They tried to approach the only table with just two chairs as Arnim walked away. He stopped them both wordlessly and motioned for them to hold the candles up. The girls looked guilty because they thought he was going to stop them. However, to their awe he placed each index finger on the wicks. Suddenly the two candles sprung to life shedding a dim light. Then he held his still warm fingers to each of their lips in a geasture of silence. They understood and giggled quietly rewarding him with a kiss on each cheek at the same time. He smiled as they covertly placed the two candles on Vanessa and Calem's table.

Another small good deed done, he made his way to the gray eyed fourth years table. The champion sat down wordlessly waiting to be noticed. She was writing in her little book so he ordered another drink for her as a gift. When she was done and noticed her guest she closed her book quickly and seemed startled. "Sorry about that miss, I meant no insult. I received a recommendation that you were a great resource for stories. I am Arnim Falwin, may I ask yours?"

She clutched her book more tightly as his name was given. "I'm Mary Scald, a pleasure sir Falwin truly. Thank you for the complement, but I'm no one important. The west district is where I reside so no noble titles ether."

Arnim laughed merrily at her obvious discomfort in being praised. "Dear girl don't fret so much. Titles don't matter only the desire to succeed. The eagle knows what effort will do when focused."

At that the brunette turned a distinctive shade redder at his words of encouragement. Mary had never been happier to see a fresh glass of red wine appear as if by magic. She was confused, had she ordered another drink. The student didn't care though, because drinking some would hide her embarrassment she hoped.
Word count: 428
Top 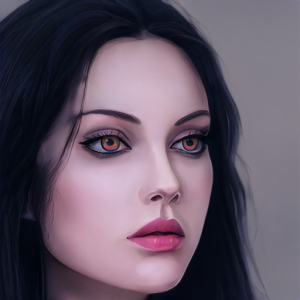 Vanessa felt a touch of disappointment as Calem froze again. She'd hoped he was starting to warm to her more, but it seemed she had pushed him too hard again. She moved to get drinks anyway, deciding on something strong so she could maybe forget a little.

Then suddenly his fingers were around her wrist and he was desperately asking her to wait. She opened her mouth to reassure him as he began to apologize, but found her mind suddenly blank.

Calem was no bard, and yet his words still caused the warming embers of desire in her chest to ignite into a roaring inferno of need. She lifted her hand, taking his cheek in a soft caress before slipping a hand around his waist.

She pulled him to her, tilting his chin down to plant a long and sensuous kiss against his lips. He hesitated, not reacting for the briefest second as his cheeks somehow flushed with even more heat beneath her delicate fingers. Then he kissed her back, clumsily and tentatively.

She felt her wings spring suddenly into existence, the sense of his desire slowly unfurling as he sank deeper into the kiss. When she couldn't hold any longer, she broke the kiss and panted softly.

"Calem, I- come home with me, I want to show you the Fae's delight," she whispered, her lips curling in a wicked and enticing grin. "We can drink a different sweet nectar together, and you can show me what you know about anatomy."
Word count: 251
Top 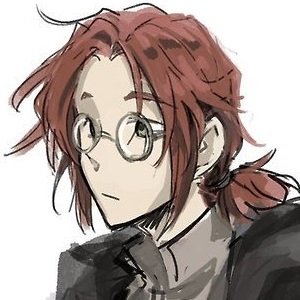 He felt her hands gently pull away from his own shaking hands. 'I don't want to let go...' Fear spread through him. Had it all been a dream that was crashing towards its end? What could someone like her have ever seen in just a silly little doctor?

And then he felt her hand on his cheek. Her eyes were blazing - were they showing the fire burning inside her or reflecting the fire inside him? Or could it have been both? She wrapped his arm around her waist, held him close, and every worry, every fear was burned away in the fire in her blazing orange eyes. "Ah--" Calem barely had the time to murmur before her lips pressed against his and the tavern, the students, the world, everything but her disappeared.

'She tastes like summer...' was his last coherent thought.

"Mmm--" Calem felt himself melt into her kiss. He tried to return it, though somewhere in the back of his mind he realised Vanessa was still taking the lead, devouring the passion inside him. Happily, he didn't really mind. His eyes closed and he let himself go, placing his hand on her hip, his fingers gently gripping her. Even if he didn't see them, he felt the light and the heat of her wings surround him, and he couldn't tell where her heat ended and his own began anymore.

As she pulled away, Calem couldn't help but very quietly whimper. The spell was, at least temporarily broken and the world filled back in around them. He was about to say something, something along the lines of 'more' when Vanessa whispered in his ear first. At this point Calem was still already blushing far too strongly for this to be any stronger, but that didn't stop his arms wrapping around her. "Please." he whispered back, his voice still shaky, but it was impossible to hide the excitement - or his desire. "Show me everything."

At this point, he'd have followed her to the end of the world. Calem gently let himself be led - almost pulled - away from the table and out of the tavern, and as they entered the evening air, the stars in the evening sky shone, but not as bright as the embers in Vanessa's eyes nor the stars in Calem's.
Word count: 388
Top
Post Reply
33 posts

Users browsing this forum: No registered users and 6 guests