From letters to journals to thoughts and everything in between, certain character story development requires free-form writing as it does not happen in a particular location. Thus, this little corner of Khy'eras can be used to jot down ideas and stories.
Post Reply
1 post • Page 1 of 1 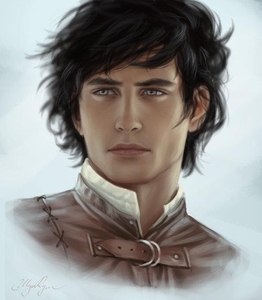 Kit stood in the middle of the library, if that’s what it could be called. It was just a spare room with books piled everywhere. His master might know how to find everything, but Kit had not been able to make any sense of order, and when sent to find a book, it always took him much longer than his master liked. Which meant the switch.

“Because I have magic.” Kit answered, uncertainly; wrong answers also brought the switch. He closed his eyes and took a breath. Waiting.

The master gave an irritated sigh. “So do many, many people. You know how much I dislike vague answers. Try again.”

Kit swallowed. He was on edge, and it was difficult to think when at any moment he would feel the sting of the switch on his back. How was he meant to answer such questions when that threat loomed? His master told him it was motivation. Kit hated being motivated. “I … I use magic to- agh!” He clenched his teeth as the switch landed across his bare back.

Kit took a deep breath. ‘Think!’ He told himself. ‘Remember! Just remember what you have read and repeat. Simple.’ Though the pain … “All things are connected. I use my … my mind to manipulate the things around me.”

“I don’t kno- agh!” Kit’s head dropped as he gasped as he was struck again. He tried to push the pain away. “Because I can see how things are connected and how to use that to move things, to manipulate the physical world around me.”

There was a pause. And then: “Better.”

Kit’s shoulders slumped in relief, but only for a moment. They tensed when his master gave a quiet chuckle. His master showed no mirth or joy, only a perverse enjoyment of toying with or hurting others.

Kit felt a bead of sweat trickle down from his forehead, onto his chin, then land on his bare chest as he felt his master draw close to him. “Yes, master.”

“Now you are little more than an ant with wings,” his master said, softly. He was so close, Kit could feel the man’s breath on his ear. “Yes you can fly, but you are still a tiny little insect only slightly better than the grubby little folk who crawl just beneath you.” The man moved away, still staying behind Kit. “Tonight you will not eat, you will study. You will read volumes one and two of ‘The Mind and the Holistic Approach to Telekinesis’.”

Another day without food? “Yes, master.” He held his breath as the man’s boots hit the floor, moving away. It wasn’t until the door was slammed shut and Kit was alone that he sank to his knees and bowed his head. He didn’t cry. Crying never did him any good with the master except infuriate the man, and it had long since stopped helping Kit feel any better.

“‘The Mind and the Holistic Approach to Telekinesis’” He said, aloud. He had read it before, but it was confusing. The man who had written it had either been drunk or mad, as the books’ contents lurched from one thing to another without any thought to consistency or explanation.

Wearily, he got to his feet, groaning at the stinging pain coming from his back, and wondering if the skin had been broken. If it had, he would have to wash it himself, which was extremely difficult. He doubted very much his master would be upset if Kit died of an infected wound. If anything, he’d probably beat Kit’s cold corpse for the inconvenience.

“Time to study.” He said, trying to put some optimism in his voice. Maybe this time he’d suddenly understand. He looked around at the piles of books. First task was to find the damned things.
Word count: 728
Top
Post Reply
1 post • Page 1 of 1