Verdant Row can be chaotic or peaceful to a fatigued adventurer. Managed by spirits, this town serves as a temporary stop for a person to rest and eat. If there is no trouble about, a stay here is lovely, due to the nearby picturesque scenery. Read more...
Post Reply
3 posts • Page 1 of 1 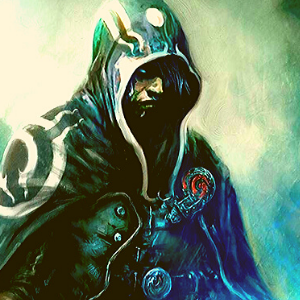 Anyone who was watching the southward skies in Verdant Row that night would have noticed what looked like blue lightning, striking a small island a few miles away. Anyone closer to that island would have seen the lightning strike and feel the earth shake. Anyone on the island, died. If the strike didn't kill them, the frozen shock wave did.

Villages close to the island reported hearing screaming and cries afterward, but were too afraid to investigate. If they had they probably wouldn't believe what they would have found.

As the lightning struck, his body was slammed to the ground with so much force he bit his tongue. If he hadn't been in his full elemental form, he probably would have bitten it clear in two. As it was, he simply spit chunks of frozen blood over the ground.

"What...where the fuck am I?" Dravvin managed to ask to no one as he looked around him. He wasn't home any more. The last thing he remembered was…Everything and everyone he knew and loved dying. His home was gone, his wife was dead, his kids; Lysander, Odin, Isa, Ceri, all of them, dead. Why was it that he was always the last thing to die?

"WHYYYY?!". He yelled to the heavens and as he did he released a wave of ice cold energy that shook the island. The wave rushed out of him, his form shifted from that of a male form, made of solid ice into that of a fairly normal looking man. The ice went with the energy and it froze whatever it touched. The rage and energy released whatever tension or power he had left in him and as the island froze, Dravvin passed out.

The man known as Dravvin Kirk, The Iceman, formerly of so many lands, clans, and families, had come to Khy`eras. Too bad he didn't want to be here.

The sun on his face woke him. Slowly, he opened his eyes, the brightness hurting them until they got used to it. He lifted his head to look around him at the frozen land surrounding him. The trees, grass, everything was covered in a thick layer of ice. He’d seen it before, but it’d been a long time since his powers had been released in such force all at once. Truth be told, he felt weaker than he had in a long time. Perhaps whatever brought him here had sapped some of his strength? Or maybe he’d just used too much last night?

Whatever the reason, Dravvin knew that he wasn’t on the same level as he used to be. Hopefully it was just a temporary thing. Tentatively he stood and got a better view of the island he’d landed on. It wasn’t huge, just big enough for a house, maybe two depending on the size. The trees were starting to drip as the ice was starting to melt. It’d be back to its normal state soon. Dravvin didn’t notice any animals, so with hope, they had either been underground and protected from the shock wave, or there weren’t any on the island to begin with.

First things first, he needed to get off the island, people would probably be coming there soon to see what the disturbance was and he was pretty sure he didn’t feel like answering those questions just yet. Walking to the water, he waved his fingers on his right hand about as if testing a musical instrument. It took longer than normal, but eventually blue light started to play across the tips of them. He repeated the motions with his left hand and when they too had the blue light playing across them, Dravvin brought his hands to face each other and the light built upon itself.

Ice started forming between his hands and he pushed it away from him and out towards the water. A block of ice formed, floating in the water. When it was large enough to support his body weight, the elemental stepped out onto it. With a single wave of his hand a long, flat sheet of ice formed in his right hand, in a rough oar shape. And so, he set off towards the main lands that he could see in the distance. Another chapter in his life was about to start. He hoped this one didn’t end in the death of everyone around him.
Word count: 771 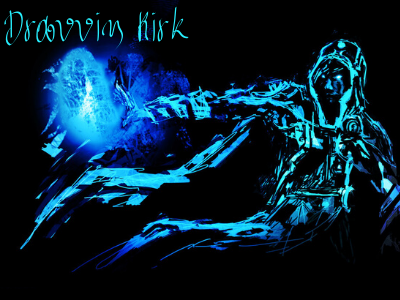 It took him longer than he thought it would to get to shore. Either he still wasn’t as strong as he used to be or it was farther away than it looked. Maybe a little bit of both. Whatever the reason, Dravvin was more than a little tired and hungry when he finally put foot onto solid ground again.

The whole time he was paddling one question kept coming to the forefront of his mind. “Why?” Why was he here? Why did he survive while everyone else in Aleris died? Why was he even trying to survive now? Honestly it would have been much easier to give up and join his family than it would be to do what he was doing. Why was he trying? Well, that question was actually pretty easy to answer. He knew that if it were any of his children in the same spot, he’d want them to live. He’d expect them to live actually. Hell, he’d be disappointed in them if they didn’t try. So, he was going to make sure he didn’t disappoint them.

That thought, of course, didn’t make things easier on him. He was going to do his best to survive, but he really, really, didn’t want to right now. He would never hear the end of it if he died so easily. Sometimes family could be a pain in the ass.

He almost smiled thinking about that. How could he be grieving and complaining about his family all at the same time? Emotions are weird, he concluded. Looking around at his surroundings, Dravvin saw that it was mostly grasslands, leading to a town in one direction and mountains in the other. He wasn’t one hundred percent sure he wanted to be around other living beings, but he needed information, and the only place to get that would be the town. So, he started towards the buildings in the distance.

As it turned out, he was right about there being people in the town to talk to, and he didn’t actually stand out like a sore thumb here either. The signs he found on his way there read “Verdant Row” so at least he had a starting point. To say that he was a little taken aback by what he found when he entered the town would be an understatement. It took him several tries talking to one of the shopkeepers to pry from him that most of the shopkeepers and inns people were actually spirits. It took him even longer to realize that no, he wasn’t dead after all, this was just a very strange town.

On his way here, he’d been jumped by a band of bandits that honestly, looked like they could really use some money. He felt a little bad having taken what little gold they had before running them off, but you live by the sword, you die by the sword. Hopefully they learned that they weren’t suited for that line of work. Or at least they went back and trained to become better. He didn’t have anything against criminals, hell, he’d been one at one point in his life. That didn’t change the fact that if you’re not good at it, you either need to do better, or find something else.

With a little gold in his pocket, he made his way to “The Heartbroken Socks Inn”. Where the hell do they come up with these things? Inside he made small talk with the innkeeper, booked a room for the night, and even found a map of the land. Apparently it was called “Khy`eras”. Looking the map over his eyes instinctively went north. North was usually where the coldest parts of any land were and those where almost always where he made his home. Domrhash was a long trek from here, but it wasn’t anything he couldn’t do. Reaching down for his glass of water he realized it had gotten warm. So, as usual he focused slightly on the glass and smiled as it frosted over. Taking a sip of the now chilled water, Dravvin realized that inn had gotten suddenly silent. He looked around the room over his glass to see that most everyone was glaring daggers at him.

“Did I do something wrong?” he asked, only to get more glares. Putting his glass down he slowly got to his feet. “Listen, I didn’t mean to offend anyone, if you’d tell me what I did, I’ll gladly apologize and never do it again.”

“No! Magic!” came the reply. Then it came again, and again, until finally it became a chant. “NO MAGIC!” over and over again. Taking this as his que to leave, Dravvin made for the door. As he reached it he turned and looked at the innkeeper, “Does this mean I don’t get my deposit back?” he ducked as a tankard was thrown at his head. “I’ll take that as a no. Consider it a donation to your fine establishment!” and he quickly exited the building.

Not wanting to wait for word to spread, the elemental pulled the map out of his pocket, got his bearings and started heading north, before anyone else decided his head made a good target. He wondered if all areas of Khy`eras was opposed to magic or just this one. Hopefully Domrhash was more welcoming to his kind. If not, this would promise to be an interesting place to call home.
Word count: 930 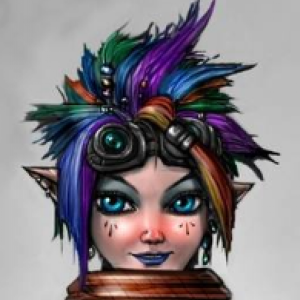 Tika and Tok had decided that they needed a change of scenery, or better yet a change of work. Tika longed to be an engineer on an airship. Thus she was going from her home in Arbor of the Fireflies to Fellsgard!

She walked the road from Verdant Row train station heading north. She didn't have much with her. Just pockets full of alchemy bits and bobs, vials and bottles of various things that go boom. Some potions even! She'd just started learning potions and she was very happy with them. Being helpful was better than being in trouble, which was better than blowing up her lab all the time. Her family in Ajtiere was less than pleased every time she did that.

But Tika was excited. She was on the road to her dream, slowly but surely. She had yet to run across anyone on the road, which was slightly disappointing. She liked people and wouldn't mind more talkative company.

"Not that you're not wonderful Tok, but i wishi knew how to get you to talk."

The flying squirrel didn't respond. As usual. But it did happily take a few berries from her as she snacked on her way. Tika thought it was funny to feed berries to Tok, as the berries stained the creatures mouth and made her look carnivorous. Honestly, a carnivorous flying squirrel was a scary concept!

"I wonder if we'll meet anyone before i get there," Tika mused.
Word count: 243 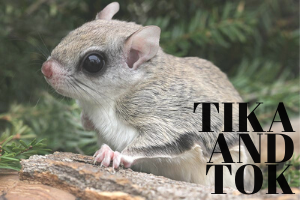 Return to “Verdant Row - Respite of the Soul”