Respite of the Soul

Constructed in 52 AoN, Verdant Row is a relatively recent mark on Khy'eras' map. It is not actually a city, but more or less a place for travelers to stop, rest, and restock their supplies. In the past, when a person journeyed to Fellsgard, Ajteire, or Domrhask the road was dangerous. As there was no safe haven to pause, many succumbed to exhaustion and were picked off by wildlife, beasts, or the vicious undead. Suffice to say, walking or hiking around the realm was not a simple task for the everyday person (and some would argue that it still isn't).

Despite the purpose of Verdant Row - to help travelers - the origins of it are curious. As history goes, a merchant was headed from Fellsgard to Ajteire and fell ill during his trek. He decided to rest along the riverside that ran south through the Slyscera Mountains to the edge of Res'lora Azure. Instead of regaining his strength, fatigue got the better of him. While his physical life was finished and his body decayed, the man was not quite ready to leave Khy'eras.

After Bhelest's undead army was defeated, spirits were rarely seen. The merchant's body transformed into the energy of a spirit and bound to continue his duty as a trader of wares, he remained at his place of death to sell his goods. At first, people who were approached ran screaming from the area as they did not know how to respond. Eventually though, folks came to visit the merchant out of sheer curiosity and even made purchases.

Other spirits had been silently watching what the merchant was doing. As the merchant's presence became accepted, spirits filtered out from the forests, earth, and rivers where they had been hiding. They were weary of clinging to Khy'eras and not remembering any purpose; they wanted to assist. Joining the merchant in his plight, the apparitions constructed buildings such as inns, stores, and taverns - anything that would help others on their path to wherever they were headed. Verdant Row, a stop for the living, became a place managed by the peaceful undead.

No longer were people dying off during travel. With Verdant Row, a person could branch off and make way to the other major cities and be well prepared for the journey. Situated at the edge of Tviyr, Verdant Row is nestled by the Ordinuad River, vibrant trees, and to the south, cliffs overlook the crashing waves of the ocean. 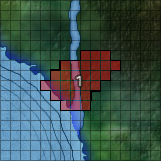 As with its chaotic design, there are no segregated residential or commerce districts in Verdant Row. To explain, buildings and roads had no blueprints to go with their development, therefore much of town layout is abstract, disjointed, and completely unexpected. (See Heartbroken Socks Inn.) The spirits that keep watch over Verdant Row do not sleep, so there is no permanent housing. However, there are at least three different inns if a traveler is comfortable with staying. For those that are undeterred by strange architecture, wanderers on the move typically have a place to check in for the night and a bed to sleep on.

The northwest and southeast sides hold the town's main gates, though there are no walls really and the gates are stone archways that guide travelers to and from the Verdant Row.

The primary cause of Verdant Row being built was to stop travelers from succumbing to fatigue. While this definitely aided people, because Verdant Row has lax laws and almost no punishment, the nearby roads are favored hangouts for bandits and charlatans.

Being a smaller city, Verdant Row has a single stable in the northeast and the animals that can be found here are a mixture of breeds from Fellsgard and Ajteire. In comparison to their nonchalant thoughts on other living races (Humans, Elves, Fae, etc.), the spirts of Verdant Row take loving care of the animals that are brought to the stables, connecting with these creatures in a deeper and unexplained way. A mount rented at the Verdant Row stables is one that will last its rider a very long time, should the buyer take care of the animal.

Running across the north end of town is a train station with two platforms parallel to each other and at the ticket booths, interested parties may purchase tickets to and from Fellsgard and Ninraih Station.

Because the south coast of Verdant Row rises into a cliff, there are no docks for ships sailing through Res'lora Azure. It is common for travelers to drift down the Ordinuad River and anchor smaller boats on the left and right sides of the water as it cuts through the middle of the town.

As with the size of the city, there is a lone airship port positioned to the left of the train station. There are limited, scheduled take-off times and a person may book airfare to and from Fellsgard and Domrhask.

The best way to describe Verdant Row's leadership is "untamed", as there is no person or organization in charge. The town was founded by spirits and while they maintain establishments, their involvement stops there. They have little interest in politics or government. Instead, a visitor to Verdant Row is left entirely to their own devices and the consequences of any actions (whether good or bad) are always unknown. Should a person commit a crime, it is up to other people to stop them... or help that person finish the task at hand.

Regarding the idea of community in Verdant Row, there really is none to be had. There are a few causes. The first being that spirits are not able to understand what the concept of emotion is; thus, they focus on their business alone, often dismissive of what goes on around them. The second reason is that the denizens of Khy'eras are usually passing through Verdant Row and never stay long enough to establish any culture.

Yet, this does not mean that the town is stagnant. There are clusters in Verdant Row where people discuss trading, what they saw along the roads, where they are going, and any other topic to pass the time. And of course, there are taverns and the occasional bar fight and commotion to be had - if you like watching that sort of thing.

Those who choose to stay in Verdant Row are rarely affected by the presence of magic. Seldom have people determined that there is an influence of spiritual magic over the town, but the rest counter that the undead presence has nothing to do with magical energy. The spirits persist as they have an aimless hold on the realm of the living.

As people travel through the town quickly and stop for brief periods of rest, there is usually no witness to magic. In some cases, folk that do linger on catch glimpses of rowdy mages who either want to use their magic to show off with tricks or burn the buildings down. Like all situations in Verdant Row, people are generally stopped by adventurers; not so much because magic is supposed to be hidden, but because there's trouble in the air.