Katarya's helps bring a life into the world, while she considers she will never do the same

Fellsgard is the foundation of Khy'eras' history and through reconstruction, it is now a vibrant and lively city. People reside here due to mild climate, opportunities, and safety and stability. Adventures often start from Fellsgard. Read more...
Post Reply
12 posts 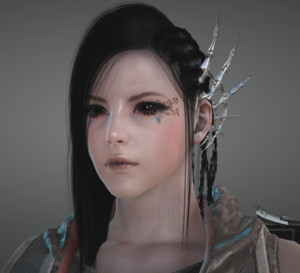 Re: New Life and Old Doubt

Kat listened in silence as Artemis' vented his frustrations, holding he bladder against her contracting insides, trying to focis on him while her body was tugging at her like an unruly child.

She said nothing as he spoke, listening with a slight tilt of her head.

When he had concluded and closed the door, she took a long breath. The pain in her stomach was a constant reminder of what she was to face; what her life would never be. She found herself wondering why she should cater to this man who couldn't grasp (for which man could?) what it meant for a woman to know she would never bear a child.

Nyx warbled at her, and Katarya turned to look at the raven, nodding slightly. "I know, dear one. I know." She said.

Swinging her legs from her bed, Kat took a moment to let her vision adjust; she still felt weak, but even more so, so she felt angry.

"Righteousness does not belong to you alone, Artemis Black."

She rose from her place, wrapped a shawl round her shoulders and stepped to her desk. She opened The Book, though she didn't need to; she had things in mind already.

Closing her eyes, she focused on the ring she had given him, and with a simple (yes tiring) concentration, she broke the spell that bound him to her. From now on, it would be a simple piece of jewellery. She also took out the earrings and bracelet, and tossed them onto the table. She held her hands over them. She took a deep breath and held her hands above them; frost gathered on her palms, something which was new to her magics, but had been happening more and more; she clenched her jaw and finally spoke. "Nanda ..." she said, the Elven word for 'back, or 'withdraw'.

From one of the earrings nothing happened; it was just a replicate. But from the earring and bracelet, she gasped as a rush of magical energy filled her. It was invigorating.

Her nose tickled, and when she reached up with her hand, a spot of blood was smeared on the top of her hand.

But she wasn't finished.

She took a long, deep breath, toying with the jewellery that Artemis hag gave her, searching for the link.

“Deep from the shadows I call you,
Those who would answer me,
Those who have not the will to stand against me.
I lay a curse on the giver of these gifts,
On the man known as Artemis Black.
May his plans be thwarted; may his schemes come to naught,
May whatever he touch turn to ash in his hands.
This I command you by my ancient name and power.
I place a curse upon him, until such time that he repents.
This curse I give him out of love,
But I will accept nothing else other than total acceptance.
Now is the time, this the Hour,
Mine if the Magic, mind is the Power.
As I will it, so shall it be!”


The temperature in the room plummeted, and where frost had gathered, ice now remained. Her eyes were clear as crystal and cold as a morning sky as her spell was released.

Nyx warbled in lament on the desk, but Kat sat back.

"Let no man stand before a Frost woman and show we deserve anything other than respect, beyond all."
Word count: 567 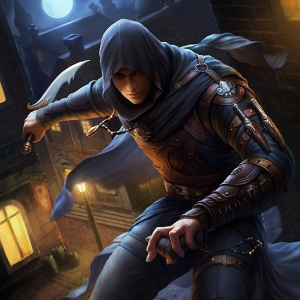 Re: New Life and Old Doubt

Artemis suddenly realized his thoughts had ground to a halt and he’d been standing still for several minutes when his hands began to cramp. He growled and shook himself out before moving quietly to the stairs. A thought sprang into his mind, perhaps the most important one he could have.

‘You are not alone, never alone my child. And you do not walk the path laid out for you, you carve your own.’ It came in a woman’s voice, one he no longer recognized, and yet it spoke deeply to his heart. Tears welled in his eyes as he moved down the stairs at a clipped pace. He didn’t even look at anyone as he moved across the common room of the Hart and out onto a rooftop across the street.

His run was ragged, and involved many unfamiliar stumbles and slips. He gained small cuts, bruises, and knocks as he went, but his frustration and sadness kept him from feeling them. Several streets into his run he took a leap across and alley and fell short. The wood shingle beneath his foot flew free as he left the roof, sapping his momentum and forcing him to slam chest first into the side of a wall two stories up. Artemis scrambled, his instinct and training taking over. A bend of his knees, stretch of his hands, and several quick kicks got him up onto the roof. He rolled onto his back and groaned softly while catching his breath.

His lungs ached, and he realized he’d likely bruised his ribs again. Everything else began to hurt as the adrenaline left him and all his minor wounds sprang to forefront. He even itched somewhere but couldn’t place the feeling to scratch it. Slowly, carefully, he rose to his feet and relied on his skill and training rather than his healthy dose of luck. Moving like this he returned to the Hall with less speed than he wanted, but more than taking the streets would have given.
Word count: 339