Dáire sets out to help a wizard in his acquisition of rare ingredients, but gets taught an important skill

Fellsgard is the foundation of Khy'eras' history and through reconstruction, it is now a vibrant and lively city. People reside here due to mild climate, opportunities, and safety and stability. Adventures often start from Fellsgard. Read more...
Post Reply
1 post • Page 1 of 1 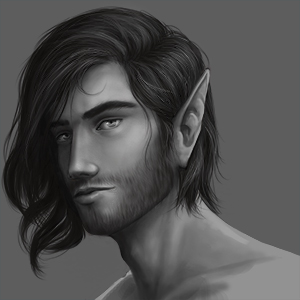 115 AoN
Dáire was fairly enthusiastic for his new employment opportunity, by human standards he was a middle-aged man by now but he still felt as naive as he the day he’d left the small village he’d grown up in. This was going to be his first chance to work with a wizard, a real-life wizard! He wouldn’t have admitted anything of the sort to anyone, but he was giddy like a child by this point. Living near Fellsgard had meant so few magic folk openly practiced, he wasn’t sure why this man had no such worries, well … that was until his met him.

Anthon Barln was a man in his mid-thirties, Dáire had watched in a strange mix of horror and abstract fascination, as the man stubbled down the narrow street, bouncing off walls and vendors carts a like. He was average sized for a human, about 6ft of not slightly under, lean and well dressed, the mans pine green cape billowing behind him as he careened towards Dáire. Too captivated by the spectacle, he was too slow to move out of the young man’s path. Anthon pitched forwards as he reached Dáire, bulldozing his way into his midsection and sending them both crashing onto the cold cobbled street.

Swearing colourfully in his mother tongue, Dáire tried to wriggle out from under the flailing limbs of the wizard, was the man drunk? After managing to scramble to his feet, he could detect no lingering scents of stale liquor on the man, who was still on the ground. No longer flailing, just sitting quietly, squinting up at Dáire as he watched him.

“Need assistance sir?” He quirked a brow as the young man’s face split in a huge grin.

“Aye! That may ‘elp things along ‘ere.” His accent was thick, and defiantly not native to this part of the world. “If you don’t mind me asking sir, where have you originated from?”

The wizard gave Dáire a brief look over and then looked almost confused, “You’re the elf I hired aren’t you?” His narrowed his eyes at Dáire, “Or who are you?”.

Dáire blinked, a little surprised, the man had totally ignored him and now was looking at him as though he couldn’t decide whether to hex his ass or do his version of running away. “Yes Sir, I’m Dáire, we exchanged letters a few weeks ago. You asked me to meet you here so I could act as an escort down the west coast.” To be honest, he was supposed to meet the man on the docks but it appeared the boats had landed earlier than anticipated, when he enquired about this the man looked at him strangely for several moments, “…aye, I think that be what we agreed.”

Dáire cocked his head and the man burst into uncontrollable laughter, almost toppling into an apple cart. The vendor gave him a scathing look, cursing under his breath softly enough Dáire doubted the wizard could hear him. “You Kerasoka remin’ me so much of the bir’s from home!” he almost cackled the words, proceeding to double over in another fit of laughter. Leaving Dáire so much less confident about the fact he’d volunteered for this job. He didn’t really have a clue what it entailed past this point, “Assisting a wizard navigate the Fellsgard vicinity while he carries out business” was how the bulletin had read. Ristgir give me strength.

As it turned out, Dáire believed the man was a few herbs short of a potion, following him around all day the same way a parent may a toddler, ensuring the man didn’t inadvertently piss off the wrong individuals as he bumbled his way through the many streets of Fellsgard. Stopping abruptly, right in the middle of a bustling market street, Anthon handed Dáire a tatty slip of paper. Dáire’s brows drew together in a frown as he read through the jumble of scribbles.

There were several more items on the list but the writing was illegible. He looked back down at Anthon, brow rising as he spoke, “This is why you have come here? This is quite the scavenging list you’ve complied.” Anthon nodded, his gaze going distant as he got distracted by something over Dáire’s shoulder. “This is going to take quite a while to acquire, many things on this list are not attainable in this region.” Anthon’s attention drifted back to Dáire and he locked eyes with him. “Of course, lad that’s why I ‘ave you.”

Dáire wasn’t sure how to respond, so he simply nodded his head and handed the crumpled paper back to the man. Mentally he began to conjure up a plan of action to retrieve the long and very strange list of items. All this without the people of this city, figuring out Anthon wasn’t like them before they could get out of here.

‘Why in all that’s Ixaziel wonder, did I think this was a good idea?’ Dáire stood atop a tree limb over looking a secluded clearing, the wide-open meadow beyond just visible through a thin line of trees to his right. His gaze tracked the young wizard as he darted around below. He’d had a bad feeling about coming here today, all but begged the man to chose another day, any day, but he wouldn’t be persuaded. So now here he was, bow in hand and arrow knocked; just waiting for the sense of foreboding to snap and reveal whatever he was to face this day.

Anthon was collecting rare herbs today that only grew along the coast of Fellsgard, to buy them would set a man back a small fortune and for good reasons. Some only grew along some of the jagged cliff edges, others were the staple diet of some rather nasty critters, while their current quarry only grew where residual maleficent magic had stained the earth. A chill ran down Dáire’s spine, the small hairs on his arms and nape stood on end as his ears picked up the snap of a twig near-by. The sound had been muffled by the local rivers continuous roar but never the less, he raised his bow, pulling it taught and more than ready for action. “Sir, be alert please. We may have company.”

The wizard froze in his perusal of a bright orange plant, the leaves resembling wildly flickering flames and their colour luminous in the bright summer sun. A few of the ebony flowers were clutched in his clenched hand before he swiftly deposited them into his satchel. Anthon scanned the forest, muttering under his breath in a tongue Dáire had not heard before. A wave of energy emitted from the wizard and out of the shadow a large black panther launched, the sleek coat of the animal almost iridescent as it made a direct lined for Anthon. The animal’s eyes were unnatural, their blue, almost violet hue seemed to glow amongst the dark fur. Dáire didn’t hesitate a moment longer, he let loose the arrow and another was knocked before the first had even hit its target. And yet, the anticipated thud never came. The giant cat, and it was giant, as big as a horse if he were guessing form his vantage point; was still growling in front of Anthon but had yet to attack. Dáire looked away from the cat to find his arrow suspended in mid air and the wizard glaring at him. Completely baffled he lowered his bow, cocking his head as the wizard’s attention went back to the cat.

“Can’ you feel it Kerasoka?” Anthon’s voice carried with the force of a winter storm into Dáire head and he almost toppled off his perch in surprise.

Regaining his balance he frowned, “What should I be feeling?”

Anthon chuckled and then ran his hand over the big cat’s huge head and the rumble that had been in its chest ceased. “You may have no magic youngin’ , bu’ tha doesn’ mean ye are blind neither.”

Dáire was truly lost by this point, he felt like a child again when his mother had been trying to teach him how to make nets and he just couldn’t get the knots just right. “I don’t understand, Sir.”

“Open your sense’ child,” Anthon let out a long breath and closed his eyes, “Feel the world aroun’ ye, feel who is roun’ us.”

It was then Dáire felt the pulse of magic come from Anthon, the cat beginning to purr as the magic continued to course out of the man in waves, each one hitting Dáire’s senses with increasing force. It was hard to determine just how long Anthon continued to stand there, eyes closed and magic pulsing but all of a sudden, he stopped and stepped back from the cat – but the cat was now gone. In its place crouched a hulking lump of a man, bruises marred his lean body, his breath was ragged and heaving as he stood up once more.

Dáire was stuck somewhere between a state of shock and awe as the two men conversed briefly before the shifter shot a look at Dáire. His deep blue eyes narrowing as he spoke, “Maybe next time you will breath before you act.” And then he prowled out of the clearing, and into the woods beyond.

Hopping down from the tree Anthon joined him, the apprehension he’d felt all morning had disappeared with the shifters feline form. The look on Dáire face betrayed all his emotions in that moment and Anthon laughed at him. “He had been trap’ in his panther for weeks young Kerasoka, a less than friendly witch had argued with ‘im and cast a spell stoppin’ his shift. Hunters have been huntin’ him for days, the dark energy ‘ere called to the spell upon him.” He patted Dáire’s back as he went back to his herb collecting. “Learn to feel my frien’, you can’t cast magic but that doesn’ mean you can’t tune into knowing it when its near.”
Word count: 1754
Top
Post Reply
1 post • Page 1 of 1