Zetara is preparing for her journey into the larger world.

Fellsgard is the foundation of Khy'eras' history and through reconstruction, it is now a vibrant and lively city. People reside here due to mild climate, opportunities, and safety and stability. Adventures often start from Fellsgard. Read more...
Post Reply
4 posts • Page 1 of 1

Her backpack was rarely used, but given her lifestyle it always eventually was. Her street friends would take care of the place in her absence. If something came up they couldn't handle they would have several new options on her return. The packing hadn't taken very long given her limited resources. She should probably restock her herbs before returning to the healer's hall.

First however, the matter of transportation needed to be settled. One of the people who lived nearby was always looking for a bargain. So when they saw Zetara she was informed that a local stable had a deal as long as she wasn't picky about her chosen mount. This was ideal since she had always walked anywhere she needed to go. The cleric couldn't be happier to see what Iodrah had in mind for her. Having never ridden anything before she new pain would be involved. Zetara was confident as a trained healer, with magic backing she could handle it though.

She set out in her travel clothes which was composed of a white wool tunic and patchwork leather pants. They outfit had earned some permanent stains, but there was nothing she owned more comfortable for a journey.

The walk to the place she heard about was easy enough. Zetara did have to stop a few times to talk with her fellow street folk. A few needed medical advice or treatment. She handled these with a smile on her face. Her stock of herbs and cures were further depleted. However, this just reinforced her earlier idea to replenish them. When she got to her destination she looked around for the merchant she needed to talk to. At a loss she spoke in a clear and somewhat loud voice. "Excuse me, I'm looking for who I need to talk to about the deal your having?"
Word count: 307
Top 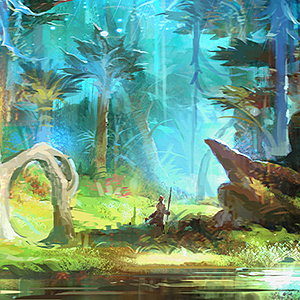 Patrick was on duty at the Fellsgard stables (as per usual) when Zetara arrived. When she called out for assistance, he went right to her. Before speaking, the stable hand gave her a brief inspection from foot to head. He noticed her style of clothing - tattered and second-hand fitting one who lived in the slums - and the way she carried herself - unsure and diminutive. Patrick's initial guess was that this was the first she had ever set foot into the stables and this would be the first time she had ever ridden a mount.

"That's right, ma'am. Only 10 copper. It's our signature special," Patrick said. "And you know what, I think I have just the right beastie for you."

Although he was young (in early twenties), having worked in the stable for a decent chunk of his life, Patrick prided himself on being able to read people and what mount might suit them the best. However, the term "beastie" might not have been the best word to use to describe Fellsgard's mounts to Zetara who already appeared apprehensive. After a bit of time, Patrick returned to Zetara from a stall with the mount in tow.

Just to his side, being guided by a lead, was a strong and intimidating-looking sandy colored grizzly bear. The bear had a saddle on and as it reached Zetara to make introductions, it sat down on its bottom as if it were perfectly human. Peering down at the cleric, it even gave Zetara a little wave with its massive, clawed paw. The creature was panting a bit, had a slight amount of drool creeping out of the side of its mouth, but seemed otherwise content.

"This is Bumblesweet the Bear," Patrick said. The stable hand lifted a palm defensively. "Now, I know what you're thinking. 'A brown bear must surely be dangerous.' In most situations, yes, but good ol' Bumblesweet here is tame as a kitten, but should you run into a pinch of trouble during your travels, he'll protect you. Another thing is that he'll start off slow, which will let you ease into riding him and get to know him better. Bumblesweet is quite adept at knowing when to increase his speed."

Patrick reached up on his tiptoes and scratched behind the ears of the grizzly. The bear leaned into the petting and gave an appreciative moan.

The stable hand was only a few years older than Zetara, this relieved her. To have such an important job and know it well at his age gave her hope. One day she would know her calling as well she prayed. When he mentioned a beastie she raised a hand to stop him. "What do you mean exactly by beastie?" Unfortunately, he was gone so fast he seemed not to hear her quiet plea.

In a little time he returned with a bear in tow of all things. This supported her building fear, but before she could run the man explained about Bumblesweet's tame nature. The bear helped reduce her worries by sitting like a person and waiving. She felt the tension leave her body as the creature made a cute sound in response to the professional's light scratches.

"What do I think you say? Well he is just adorable beyond words sir." She moved closer and pet the sandy belly causing the bear to moan even louder with happiness. While she looked at the caretaker. "What is your name Sir I go by Zee?"

"Patrick Ma'am, pleasure to meet you Zee. Bumblesweet has been fed today, but tomorrow he will be your responsibility." the man smiled as he addressed the cleric.

"The same Patrick, I understand. I'll make sure he eats properly everyday." At least she knew what bears ate. When the man stopped scratching Zetara reached into her money pouch and handed over the required coins.

The guy smiled broadly at the clink of money. "Thank you Ma'am, please remember us if you need another mount"

"I will, you have been most kind Sir I shall keep you in my prayers." As the pair talked Bumblesweet knelt on all fours and prompted Zetara to mount up. She obliged and her mount set a leisurely pace. "Good day Patrick. She waived at the man until he was out of sight. Then she did her best to direct her transportation to the east gate. The medic had herbs to gather after all.
Word count: 342
Top

Bumblesweet was a very considerate mount just like Patrick said. Zetara had no complaints at her progress thru the gate. She decided to head for a windmill hoping to find some Gale weed. This was a magical plant that helped clear up breathing problems. It was hard to find if you didn't know how. In order to find it you had to go to a place with strong winds. Then you look in the shadow of a structure that has stood for several years on a windy day. That was the only time they bloom. Otherwise it looked like ordinary grass.

The cleric was in luck the wind was already picking up. When she got to the closest place she heard some hammering above her. A dwarven man was working behind the slowly turning blades in a safe place. However, the air got feisty in the wrong moment and the fellow was caught unprepared. Zetara ran to where she heard the man's leather harness snap followed by terrified screams. The young woman didn't have a moment to lose. Unfortunately, she had no choice, but to become her other self. The dwarf was far to heavy for her human frame to catch him without serious injury.

Fortunately, his back was to her as her hair solidified into a shiny black stone along with the rest of her body. All her muscles grew noticeably in size. This took mere moments then she caught the guy with what gentleness she could manage. When the man looked to his savior he found a slip of a girl that appeared human. "Are you okay sir that was quite a fall?"

He was mesmerized for a moment by her exotic beauty then remembered himself. He hopped up so fast from her lap you would think he had been burned. "No worries miss we dwarfs are sturdy as they come. Did you see a masterfully carved goddess of black stone just now?"

"No sir did you hit your head. I am a trained healer if you need me to check you over." Zetara hid her nervousness behind professionalism. Magic was illegal here so she had to be careful. Her other self wasn't magic, but stranger's might see it differently.

His response was immediate and full of pride. "No I assure you my health is complete, a little bump won't stop me." Then he looked at the remains of his safety harness and held it up. "This however will make doing my job much harder. I'll have to go into town and find someone skilled enough to fix this."

The woman pulled out a needle and the sturdiest thread she had. "Don't worry sir, I may not be a professional, but I know my way with a neddle."

The guy was shocked that fortune had smiled so much on him today. He handed the damaged pieces to the girl an watched in wonder. She was so swift a sure that he found he trusted her work completely. The finished product looked almost new when she was done. "Thank you so much miss. Would you mind sticking around while I finish my repairs on the windmill? I might need some more help"

"Of course sir it's my calling to help those in need." Zetara favored him with such a sincere smile he found himself returning it. While he was climbing back up she gathered Gale Weed and waved every time he looked down at her. The old repairman felt really happy as he did his work.
Word count: 587
Top
Post Reply
4 posts • Page 1 of 1

Users browsing this forum: No registered users and 3 guests