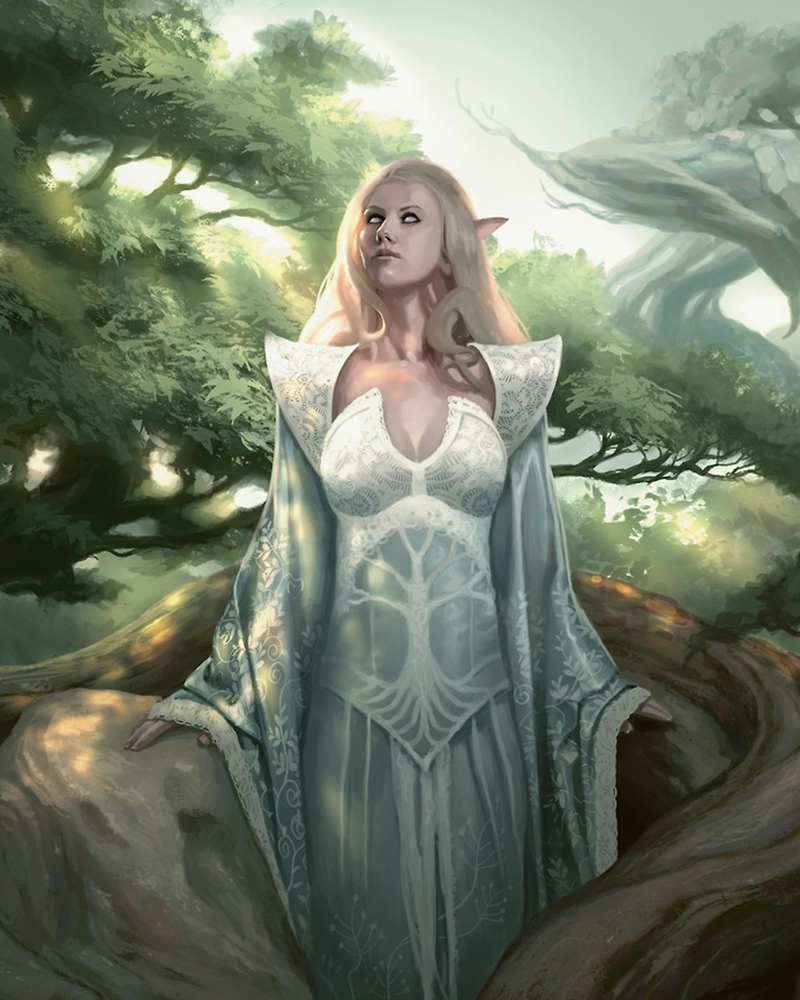 Strengths:
Lumeacia focus on the art of magic and the various ways it can be manipulated. They can use a wide number of spells with little effort. The Lumeacia have marginally sharper reflexes and agility in comparison to unlike races, but not on the same level as Kerasoka or Korcai. Despite living in a bubble, Lumeacia are keepers of vast amounts of wisdom (motivated by long life spans and a desire to learn more).
Weaknesses:
Reliant on magic to defend themselves, they hardly ever pick up a weapon against an enemy. Lumeacia are proud of their "superior" intelligence and this arrogance gets the best of them when smarts were not the key to victory. Though the entire Elven kinship was born with exceptional eyesight, the Lumeacia's proficiency here has diminished to a normal level. Folk speculate it's because their eyes are clouded with magical lust.
Magical Aptitude:
During the wars, the Lumeacia retained their magical talents as they could not be found. Though people foreign to the tribe see energies transforming Lumeacia, they are quite boastful of their skills and don't shy from magic. Curiously enough, they do struggle with healing-based energies.

There are no innate transformations that Lumeacia possess, but as a Druid, Transfiguration magic may be acquired.

The founding of the Lumeacia is linked to the background of the Kerasoka Elves. When Bhelest's word was unquestioned, as a collective whole the Elves had to decide on what hand they would play within the realm of Khy'eras. While one group preferred to stay on the battlefield and fight for freedom, the other abstained from combat and wished to preserve the awakened magic. Thus, this group moved away and formed an association known as "Lumeacia".

No one is exactly sure where the Lumeacia went to during their departure; it is assumed in the Northeast region of the realm. Even today, their city is shrouded and rumored to be moveable, so it cannot easily be tracked and is never in the same spot. Lumeacia that turn up in cities or the mainland are there because it is where they were birthed or they cannot recall where their home is. As Lumeacia leave their homeland, they lose the memory of it and any books or objects with records of the place are eerily wiped clean. It is an astonishing enchantment, but a security measure that has worked well thus far.

For those Lumeacia in self-exile, they concentrated on things the rest of world could not. To start, they maintained Ixaziel's vision that the Elves would become keepers of history. The Lumeacia studied Khy'eras from afar and attempted to absorb as much knowledge as inhumanly possible. As far as worldly opinions go, a substantial amount of people claim that this excellence in intelligence has made them arrogant and worse off.

Along with knowledge hunting, the Lumeacia practiced magic freely and without restraint. Visibly, it is a fact that this loose and unrestrained magic usage has transformed the Lumeacia. As of late, they are tall, lanky, and lithe; their limbs elongated and thin; and their hair and skin pale of color. Those who have seen or met a Lumeacia Elf know them to be alien-like, as if they were going to suddenly transform into a ghost or specter. The Lumeacia do not fear this change in physical appearance and deem it do be a minor detail, but most outsiders question what evolution will bring to the Lumeacia body.

Because of past decisions, there are clusters of Khy'eras' denizens that view the Lumeacia as cowards. While Cecilia and company sought to restore balance, the Lumeacia chose to selfishly run away thinking only of themselves. The difference in appearance between Lumeacia and Kerasoka is quite obvious and striking, so when people seek out help from Elves, they customarily go the Kerasoka who are much more approachable. Lumeacia have an organic, standoffish air coupled with a cloud of magical energy radiating from them. If they are sought out, it is done so by folk who are curious about the arcane.

On the opposite spectrum, Lumeacia who suffer memory lapse by withdrawing from their city have been known to be humble. As they cannot remember why they left in the first place - whether the escape was for freedom or of their own volition - new company feels like an acceptable option. Perhaps someone somewhere will trigger a memory of everything and for that reason, the Lumeacia regain purpose and forge alliances.

}
The Lumeacia physical process of deterioration is very slow and can be non-existent. Graying/whitening of hair, wrinkling of skin, or frailer muscles are all faint changes that might happen.